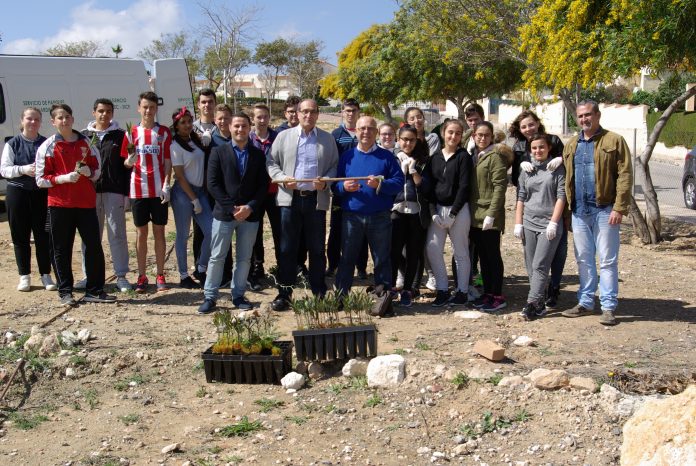 As they were unable to commemorate the Day of the Tree on it’s National Day, 21 March, because of climatological reasons, the Department of Environment, Parks and Gardens in San Fulgencio celebrated occasion last week. 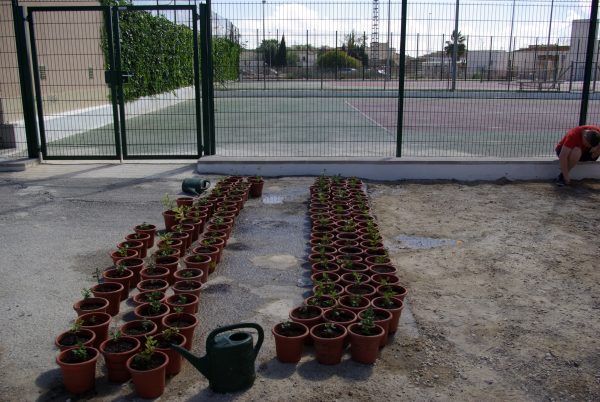 About 90 students from the I.E.S. La Encantá, accompanied by their teachers and a number of municipal employees, spent Friday morning transferring seedlings and planting small shrubs directly onto the land donated by the Generalitat Valenciana.

As they carried out the task council staff explained the importance of the day and how it is vital that they are able to raise awareness of the importance of all types of forests, and trees outside forests, for the benefit of current and future generations

The plants and seed which the students planted included Oleander, Cartagena Cypress and Casuarina.

The Spanish village of Mondoñedo held the first documented arbor plantation festival in the world organized by its mayor in 1594. The place remains as Alameda de los Remedios and it is still planted with lime and horse-chestnut trees. A humble granite marker and a bronze plate recall the event. Additionally, the small Spanish village of Villanueva de la Sierra held the first modern Arbor Day, an initiative launched in 1805 by the local priest with the enthusiastic support of the entire population.