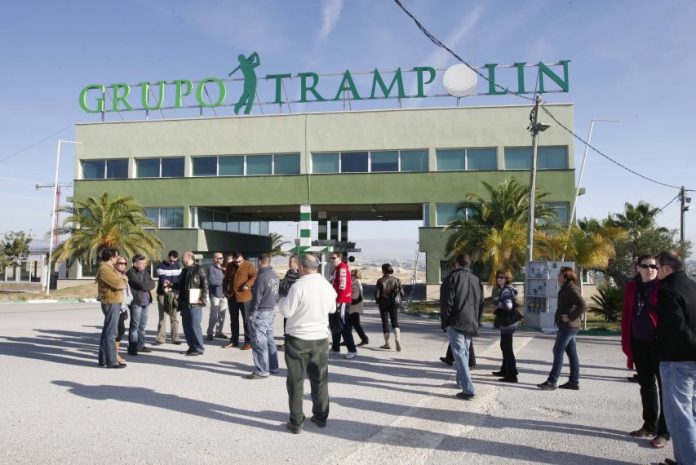 Caixabank issued a General Guarantee for the return of amounts in the event that the promotion did not start or it was not completed on time and also received in the developer accounts opened at its branches, the amounts that were paid in advance by off-plan buyers.

Trampolín Hills was declared in situation of insolvency by the Commercial Court No.2 of Murcia, on 13th October 2009.

Despite the fact that the Court of First Instance No.14 of Murcia did not consider the Bank responsible, Section 2 of the Provincial Court of Murcia has found in favour of the claimants.

The First Instance Court allowed the challenge by the bank regarding the entry of buyers money into accounts opened by the developer in its branches, however this challenge has now been revoked by the Appeal Court which also understands that as an additional means of proof of the payment of said amounts, there was the registration of the claimants in the Trampolin Hills Bankruptcy proceedings.

Therefore, Section 2 of the Provincial Appeal Court of Murcia condemns Caixabank to the refund of the full amount that was entered into their accounts, plus legal interest, regardless of whether or not the account was called a Special Account. This is as per the criterion that the Supreme Court has established in this respect in its Sentences (with all Magistrates present) dated 13 January and 30 April 30 2015.

The reason why the Banks “argument” that the account was not a Special Account has not triumphed in the courts is that, as the Supreme Court and many Provincial Appeal Courts (Burgos, Alicante, Murcia, Málaga, Granada, Madrid) have pointed out, this could be a perfect open door for the fraud of law by the banks and the consequent circumvention of responsibilities just by naming the account as a normal current account and not a Special Account.

This last Sentence highlights one of the crucial points of the regulation of the protection of amounts paid for off-plan housing purchases in Spain, which is the inalienable character of the rights granted by the Law to the buyers and the anti-formalist interpretation, always in favor of the buyer who advances quantities for the purchase of a house.

The law from 1968, recently reformed by Law 20/2015, was passed back in the 60’s because of problems similar to the recent ones in Spain as a result of the real estate and financial crisis. The interpretation of this law, stating the responsibility of the banking institutions in an unquestionable way, is being the safeguard for thousands of affected people in hundreds of developments all over Spain.

This bright evolution of Case Law makes it possible for thousands of buyers whom the developer or the lawyer representing them did not seek the guarantee or insurance certificate to protect the amounts paid for off-plan purchases deliveries, to now claim against banks and related insurers.

Our offices Costaluz Lawyers-De Castro applaud the work of judiciary all over Spain and have not hesitated to affirm that this judicial interpretation and the existence of this law (now reformed by law 20/2015) makes of Spain one of the safest countries in the world for the purchase and sale of houses off-plan.

The Judgments that declare the responsibility of the Banks are including the condemnation to pay interest at the legal rate from the delivery of the amounts to the developer’s bank account. This entails sometimes an amount almost equivalent to half of the principal.  There is still no express pronouncement by the Supreme Court in relation to the amount of interest payable; however our Law Firm has a pending Cassation case at the Supreme on this matter.

Bookies in Spain on a winner despite coronavirus legislation