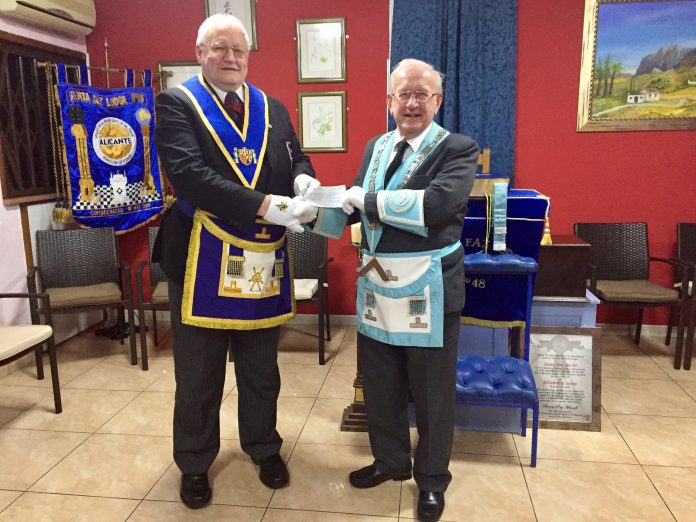 At the regular meeting of Santa Faz Lodge No 48, on Monday 13th March, a motion was proposed, seconded and approved, to sponsor an under privileged child to attend the summer school which is being organised by Hiram Abiff Lodge No 80 in Guadalest this summer.

Various Lodges and especially Provincial Grand Lodge have sponsored many children to go to the summer school in the past which is both educational and entertaining. Last year the Province sponsored eighteen children and hope to achieve a similar number this year. 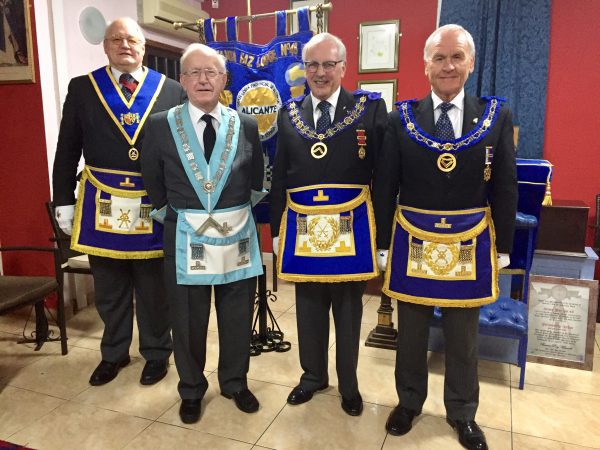 As the DPGM, W Bro R C Bignell, the APGM, W Bro R A Mitchell and the ProvGCStwd, W Bro K Alcock, were all in attendance it was decided to present the cheque for 350 euros at the meeting.

The money has come from the Lodge Charity fund and has been raised as part of this year’s fund raising effort.

Should you wish to contribute to this charity or would like to know more about Freemasonry please contact me on the address given below.

€840 raised for Elche Childrens Home by the Brown Coin Appeal

Giving the gift of vision