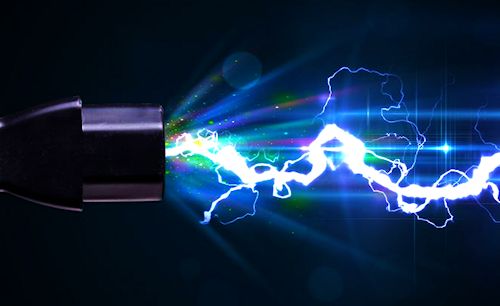 Over the years that I have been writing ‘Letters from the Atlantic’, it has become something of a two-way exchange of views, and I am always grateful to those expats who are happy to share their experiences.  ‘Letters’ is often based on questions and comments that I receive from expats in several countries who, like myself, are faced with challenging issues from time to time.

There are times when I think that I have slipped into an Alternative Universe, since no reasonable explanation or answer appears to be forthcoming.  I suspect that many expats will know exactly what I mean as they deal with new laws, regulations, processes and bureaucracy in their newly adopted countries. I know from correspondence from readers that, on occasions, we all seem to battle against an issue that no one else seems to be aware of, or care about.

For me, one example is the mysterious electrical power surge. Often, whilst cooking a meal, working on the computer or watching television, the power will switch off for no apparent reason. At first I used to think that these were power cuts, but I have since learned that it is a power surge, since all the other homes around me still have electricity.

At other times, our neighbour will find that his power switches off, whilst ours is still working. I can understand why this may happen during a lightning storm, and even at times of heavy demand, such as meal times and excessive demand for air conditioning. However, when this occurs during quiet times and at night, I find this puzzling.

Anyone who knows anything about power surges will know that such surges can be very destructive. Unless appropriate gadgetry is provided to protect the circuit, appliances can be destroyed. This is the main purpose of the switch turning off when there is a power surge, but it can be so annoying. It is particularly frustrating when using a computer, for instance, which is why I now protect these items with an uninterruptible power supply (UPS) box, which gives me just enough time to reset the power switch, or to correctly close down the computer and other delicate appliances.

Sometimes, this performance can go on for some time, in which case we sit in darkness (if at night) for a while, before attempting to switch the power on once again, in the hope that all has settled down. We then may go for several weeks before the problems begin again.

I have forgotten the number of times that I have left the house, boarded a flight somewhere, only to receive a text from the alarm company to report that the power in our house has failed. This then means that I have to call a very helpful friend, who has to go into our home to switch the power on again. I cannot leave it switched off because of food in the fridge and freezer. Often my friend will have to return to our house several times to restore the power, before it eventually settles down.

Over the years, I have mentioned the problem to neighbours, who nod ambiguously, and tell me that it happens to them too, but they don’t seem at all concerned about it. I have reported it to the electricity company on several occasions, only for them either to deny that there is a problem, to suggest that it is my fault and that the electric circuits in our home should be checked, or that if they have to come out to check there will be a hefty inspection charge.

Some time ago, I asked an electrician to check that our circuitry was performing correctly, and I have also had the switch boxes replaced twice. On each occasion, I am told that all is working normally and that there is no problem inside or outside our property. One electrician told me that properties receive power in groups of three installations and that the power fluctuation happens to all three properties at the same time, but not necessarily to all the properties in the same street. I am no expert on matters electrical, and this explanation mystifies me.

I am sure that by now, some readers will be identifying our home as the cause of the problem, but exactly the same thing happened in our previous home, an apartment just a few kilometres from our present home.

Over the years that I have been on the island, no one so far has been able to satisfactorily explain why this happens and what can be done about it. The response of most people is merely to switch the power back on again, which is not easy when you are travelling away from home. Surely, in these high-tech times, there is a simple way of levelling out power to prevent surges from reaching customers?

So, there we have it. If there are any electricians out there who can give me a reasonable and non-technical explanation of why this is happening, I would be most grateful. Similarly, I would also be interested to hear from other readers who may have the same problem and what they have done to correct it.