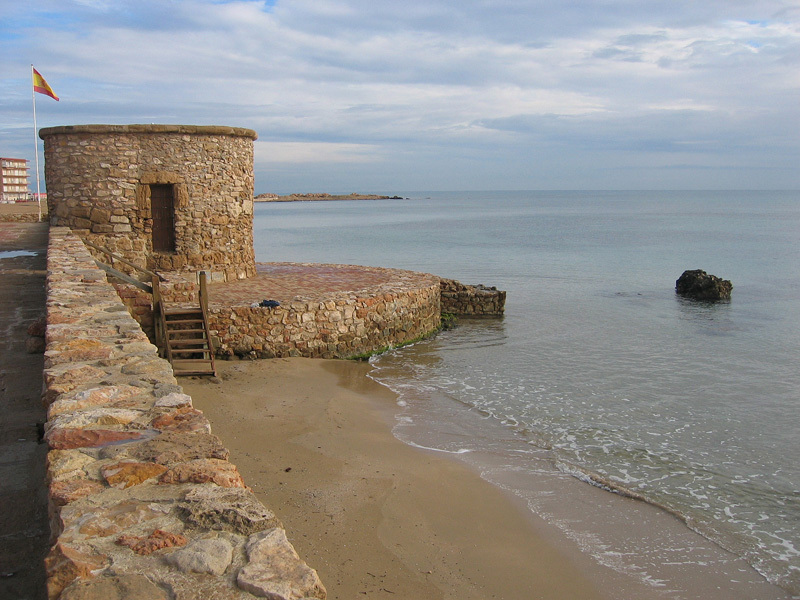 The Matera Independent Platform (PIM) has publicly questioned the state of what it refers to as  “one of our emblematic monuments” is found: the Tower of the Embarcadero of La Mata. The representatives of the group, which is taking steps to establish itself as a political party, explained that a few months ago “we warned the Councillor of Beaches about the cracks that had appeared in the base of the Tower.

They responded by sending along surveyors who took photos and submitted a report on the state of the tower and necessary repairs. We were all quite happy at the time as they acted very quickly.”

But months later, as we wait for any further action, it seems that the cracks are getting bigger, therefore, in the opinion of PIM, the “danger of collapse is much greater than before and remedial work is absolutely necessary as a matter of extreme urgency.”

The platform, which says that it represents the voice of the village, has appealed to politicians, historians, surveyors, and anyone else who has an interest in repairing the 14th Century tower, to” act now, or we will lose one of the most emblematic buildings in the region.”

Although the original Torre de La Mata was constructed in the fourteenth century to defend the coastal populations from Berber attacks, there have been a number of reconstructions over the centuries, the most recent in the early 1980’s.

Unfortunately any repairs are likely to be a long and drawn out process as the work will  need the authorization of both the General Directorate of Heritage of the Generalitat and the Costas, neither of which are renowned for the speed at which they reach decisions.