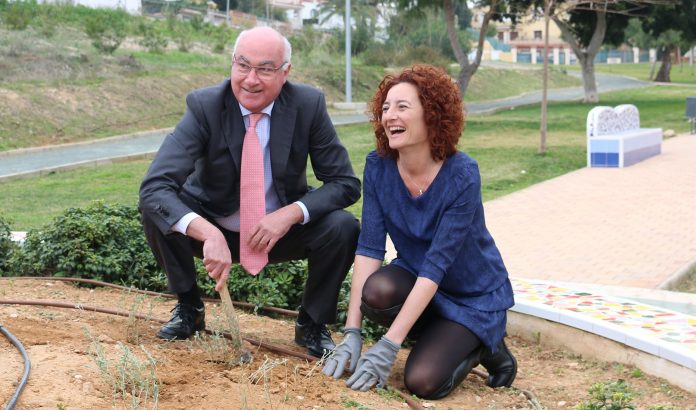 The Councilor for the Environment, Fanny Serrano, and the Councilor for Parks and Gardens, Domingo Soler, visited the Reina de la Sal park last Wednesday where they publicised the council’s actions with regard to the “Recovery of the la jarilla de cabeza de gato, the Cat’s Head “that was introduced in November 2015.

Both Serrano and Soler have worked with the staff of the Parks and Gardens planting several specimens of the plant, a species that is in danger of extinction in the Valencian Community.

Serrano highlighted the vulnerability of the species saying that “last year’s planting has had considerable success. Of the specimens that were planted more than 40 percent have rooted and are also about to flourish. We are all very pleased”.