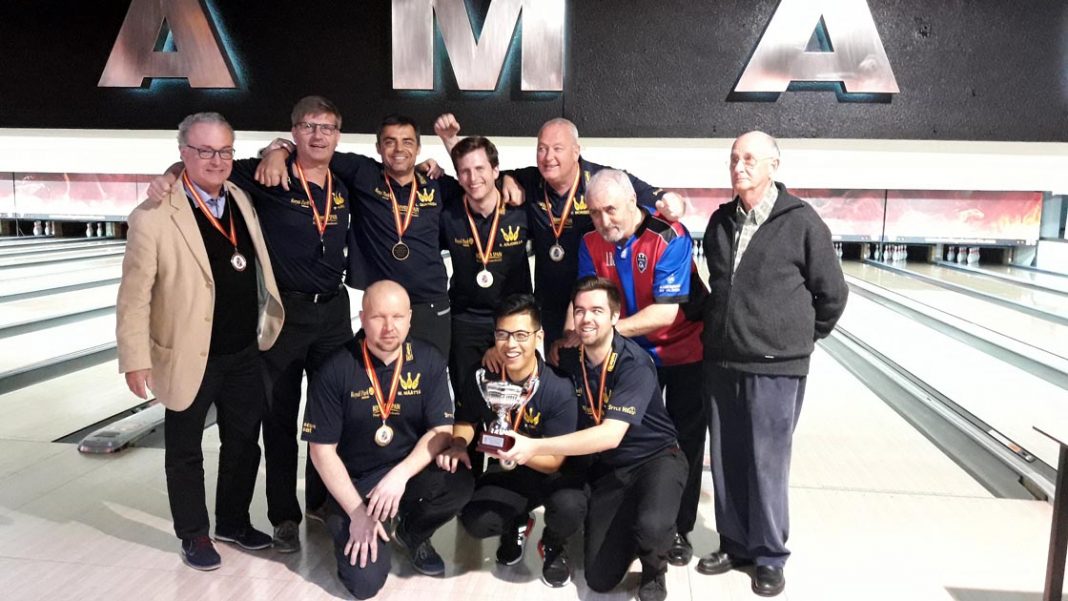 In the third and final round of the National League, EBT clinched six wins and a draw, finally beating Barcelona’s Diagonal by four points. The Salt City club, which has just celebrated its tenth anniversary, thus wins its second consecutive title.

Starting off on Saturday just one point behind the Catalans, the Torry men won their first four matches with ease, but so did Diagonal, and the status quo prevailed.

In their three matches on Sunday, EBT first drew 5-5 against Levante, and then beat Diagonal 6-4. To grab the gold medals, Diagonal needed at least seven points from their last match against Levante. Already down 0-4 after the first game, however, their struggle was futile as EBT remained strong, beating Oviedo 10-0 and sailing to victory.

The league’s top average, 222.70 in 27 games, was signed by EBT’s Norwegian star Glenn-Morten Pedersen. However, the individual champion – a minimum of 30 games required – is Diagonal’s young gun Axel Guimó with 216.33. EBT’s Mika Määttä took the silver medal with 215.83.

In the female top division in Barcelona, Madrid’s Capital Bowling were crowned champions. EBT’s ladies could not improve their sixth position despite Heidi Thorstensen’s stunning 14-game average of 237.71. The team was completed by Alberte Hubert, Inga-Lill Söderström and Eva Sandgren.