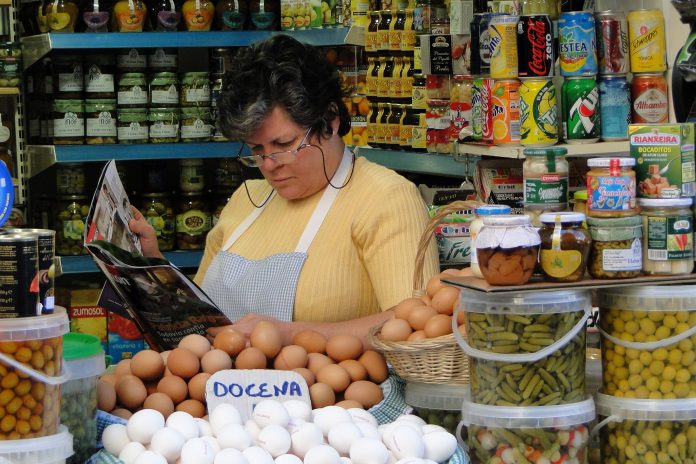 The Consumer Price Index (CPI) grew in January by 3% in year-on-year terms, 1.4 points higher than in December 2016, according to figures published by the  National Statistics Institute (INE). This coincides with the advance figure announced by the INE at the end of last month.

This acceleration is mainly due to the evolution of energy product prices and, in particular, motor and heating fuel prices. In month-on-month terms, the general CPI fell by 0.5% in January, compared with a 1.9% fall in the same month of 2016.

Food price inflation in January stood at 1.1%, three tenths higher than in the previous month, due to an acceleration of unprocessed food prices of six tenths to 2.7%, as well as a slight increase in processed food prices, drinks and tobacco, by one tenth to 0.3% year-on-year. A noteworthy element of the rise in non-processed food prices is the increase of more than 10 points in the rate of growth of pulses and fresh vegetable prices to 17.9%.

Core inflation (which excludes the most volatile elements of CPI – fresh food and energy) increased by one tenth in January to 1.1%, due to rising prices of non-energy industrial goods – NEIG – (up two tenths to 0.8%) and processed food prices (up one tenth to 0.3%), partially offset by the slower rate of growth of the price of services (1.3% compared with 1.6% in December). In month-on-month terms, the CPI decreased in January 2017 by 0.5%, compared with a 1.9% decrease in January 2016. By component, energy product prices grew by 4.6% after falling by 6.2% one year previously, the price of services fell by 0.3%, after prices had stabilised in January 2016, NEIG prices shrank by 4.5%, three tenths less than in January the previous year, and food prices grew by 0.7%, two tenths more than in January 2016.

ArchivoIn the food group, prices of unprocessed food in January 2017 posted a month-on-month growth rate of 1.8%, five tenths higher than the figure for the same month in 2016, while processed food prices rose by 0.2%, one tenth higher than a year earlier.

The year-on-year CPI rate at constant taxes stood at 3% in January, the same as the general CPI rate.

The INE has also published the harmonised CPI (HCPI) for January 2017, the year-on-year rate of change standing at 2.9%, 1.5 points up on December 2016. In turn, the figure announced by Eurostat for the whole of the Eurozone stands at 1.8%, versus 1.1% the previous month, and the harmonised rate at 0.9%.

The CPI published on Wednesday by the INE is drawn up referenced to the new base for 2016. Furthermore, as each year, the INE has updated the weightings of the articles that make up the CPI, reflecting changes in consumer patterns and methodological revisions of the indices and improvements in estimates of spending on the consumption of the different articles