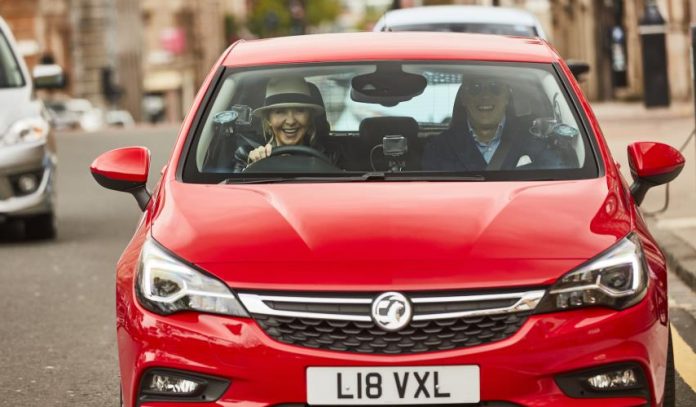 In the third edition of Vauxhall’s ‘Great British Legends’ series, singing icon Lulu got behind the wheel of a Vauxhall Astra, driving journalist Dylan Jones around the suburbs of her hometown, Glasgow.

In the three short films, Lulu shows Dylan the places that shaped her early years, as she recalls countless stories from her life in the spotlight. Lulu talks about being tipped as one to watch by The Beatles, collaborating with David Bowie and Take That, songwriting with the Bee Gees, and her reinvigorated passion for performing. The release of the new interviews coincides with Lulu’s tour announcement today, reinforcing her status as a ‘Great British Legend’.

Lulu follows in the footsteps of fellow legends Harry Enfield and David Haye, who took part in the first two installments of Vauxhall Astra’s ‘Great British Legends’ series, which profiles some of Britain’s best loved figures from the world of sport, comedy and entertainment. One in four Brits has either owned or driven a Vauxhall Astra at some point in their lives, and Vauxhall has decided to celebrate this, alongside some other British living legends. 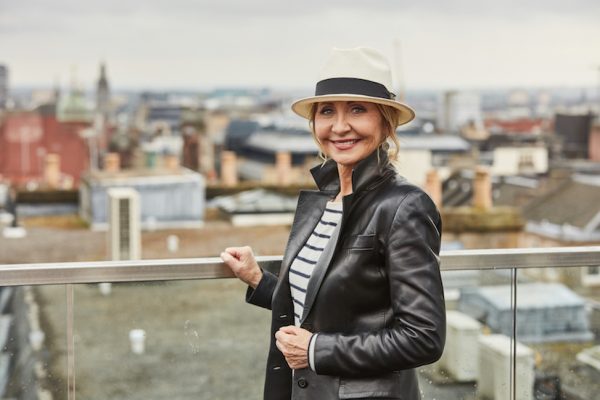 Discussing Lulu’s early start in the entertainment industry, sharing the title for the worst James Bond theme-tune with Madonna, and working with Aretha Franklin, the three short films include:

Film One: ‘Fourteen years of age and the Beatles are calling my song their favourite”, Lulu on her early career

Discovering her singing ability at an early age, growing up in the east end of Glasgow, starting in the industry at the age of 14, being endorsed by the Beatles on Ready Steady GO and being offered vocal lessons by Frank Sinatra

Lulu on her early years: https://www.youtube.com/embed/v2f8ePmlCuw?rel=0

Film Two: ‘That’s the only time Madonna and I can be together’, jokes Lulu about her famed James Bond theme tune

Working with industry greats such as Aretha Franklin, being one of an exclusive group to have released a Bond theme tune, and working and partying with David Bowie

Film Three: ‘The Bee Gees have got to be some of the greatest songwriters, and I was married to Morris’, Lulu on songwriting with the Bee Gees and her husband Maurice Gibb

Singing the iconic opening to her hit Shout, her marriage to the Bee Gees’ Maurice Gibb, collaborating with Take That and enjoying the latest stage in her career performing to sold out shows

Lulu on songwriting and shows:  https://www.youtube.com/embed/u4vhUVH2HD4?rel=0

Vauxhall’s ‘Great British Legends’ series takes celebrities back to their roots, looks at their early influences and aims to find what makes a ‘Great British Legend’. The video series celebrates over 35 years of excellence from the iconic Astra cementing its status as a true legend of British car manufacturing.

Lulu said, “From performing at the iconic Barrowlands in my hometown of Glasgow right back at the start, my career has taken me on an incredible journey around the world. I have been fortunate enough to have achieved as much as I have, joined some other legends along the way and to have this acknowledged by Vauxhall feels very special.”

Dylan Jones said, “There are few singers who have had such diverse and long lasting careers as Lulu, making her the perfect choice for this edition of ‘The Great British Legends’ series. Lulu has worked with some of the biggest stars in the music industry, and is still performing to sell-out crowds today. She has been in the limelight for over five decades, cementing her status as a true Great British Legend.”

Vauxhall’s ‘Great British Legends’ series is available as four episodes online at www.vauxhall.co.uk/greatbritishlegends. Legendary comedian Harry Enfield was the first celebrity to feature in the series driving Dylan Jones around his University City of York, followed by Former Heavyweight and Cruiserweight World Champion David Haye, who took Dylan around South London where he grew up.

The Vauxhall Astra is manufactured in the UK. The Ellesmere Port plant builds approximately 680 cars per day and 120,000 per year

It takes approximately 22 hours to build an Astra, from sheet steel to the finished article

Three million Vauxhall Astras have been sold over the past 36 years, with 60,000 in the past 12 months

Five million Vauxhall Astras have been manufactured to date, with two million exported to 25 European markets

Memories of a D-Day hero