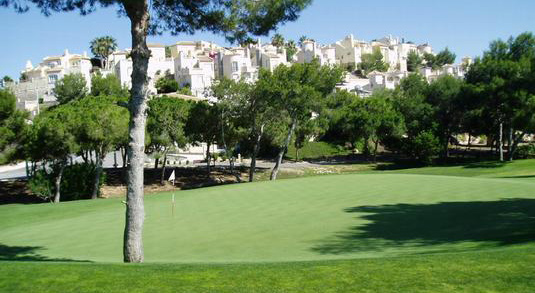 We started the week with a 2 ball better ball and there was some tremendous scoring with the top 2 teams having to be separated by a count back as both scored 48 pts. Peter Wickham will be wishing he had scored his 24 pts in 8 holes on the back nine rather than the front as he and Benedicte Kruse were the unlucky runners up to the winning pair of Terry Field and Brian Dent who scored 27 pts between them on the back nine. Hendrick Oldenziel was also unlucky as he partnered both Mike Chapman and Annemarie Weisheit  to 3rd and 4th places respectively with 45 pts.

On Wednesday we played a Joker stableford where one hole is nominated on the front and back nine to count for double points. Mike Chapman chose well scoring an extra 7 pts on his Joker holes to top score on the day with 45 pts to win Category 2. The top 3 in Category 1 all scored 41 pts and had to be separated by a count back. The results in each Category were as follows:

There was little doubt about the outcome of Friday’s 2 ball Texas Scramble with the top 3 pairings being easy to predict and they did not disappoint being 4 shots clear of the rest of the field. The winners with an excellent score of 62.5 were Lindsay Forbes and Maria Oldenziel who were only 0.25 ahead of Terry Field and Yvonne Phipps beating Ron Phipps and Ellen Drakesmith who also had 62.75 on a count back.