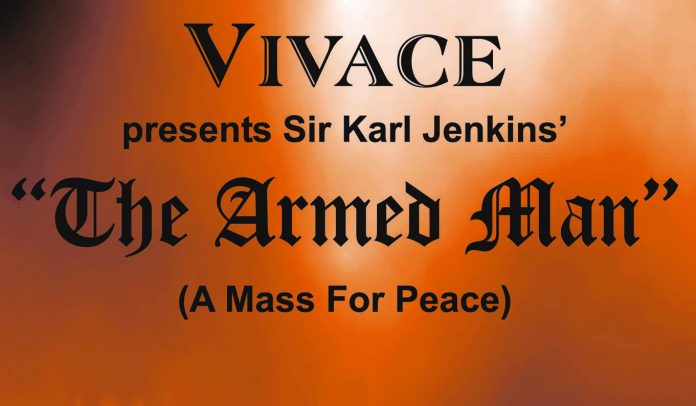 Members of  Vivace Classical Choir are now in the final stages of preparation for this, their 10th anniversary concert. Friends of the choir are coming from all over the United Kingdom to join with them to present “The Armed Man” – A Mass for Peace.

The wonderful music of composer Sir Karl Jenkins will be further enriched by the addition of instrumentalists from the Symphonic Band of the Union Musical of San Miguel de Salinas who will be joining regular piano accompanist David Ward Campbell.  Vivace Musical Director Tom Pargeter plays trombone in the Band and is delighted that this link is being made with these talented local musicians.

Written for the millennium, and dedicated to the victims of the war then going on in Kosovo, this enthralling , modern work is a Mass for Universal Peace. In fact, it is a dramatic representation of the preparations , actions, consequences and recovery stages of any war, and sadly is as relevant today as it was then.

Musical Director Tom has been with the choir since its inception, and over the years has led them through works as diverse as Handel’s Messiah, Mozart’s Requiem, and Carmina Burana. He is sure that this inspiring work is a fitting climax to the choir’s special year. 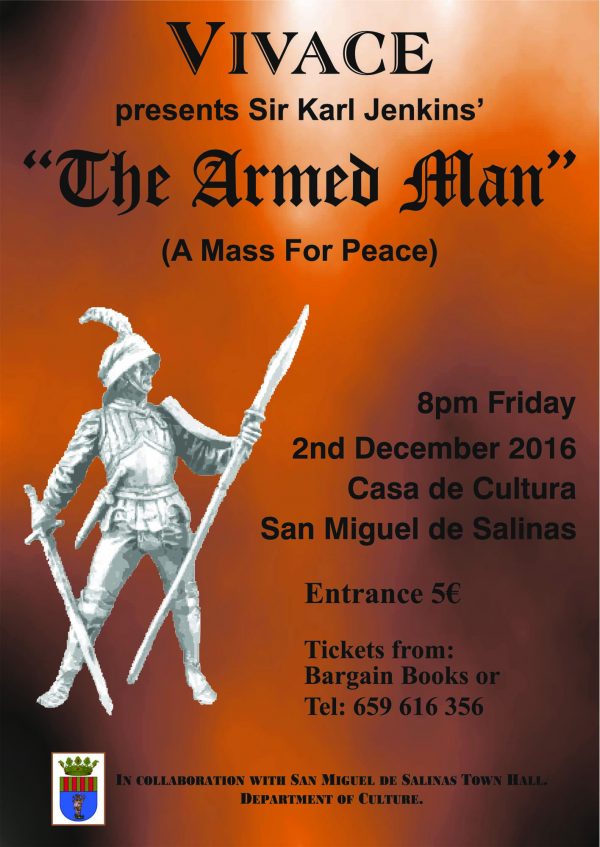 Tickets for both performances are €5, and can be obtained from Bargain Books in San Miguel, or from Douglas Brown, telephone number:  659 616 356

It promises to be a wonderful experience.