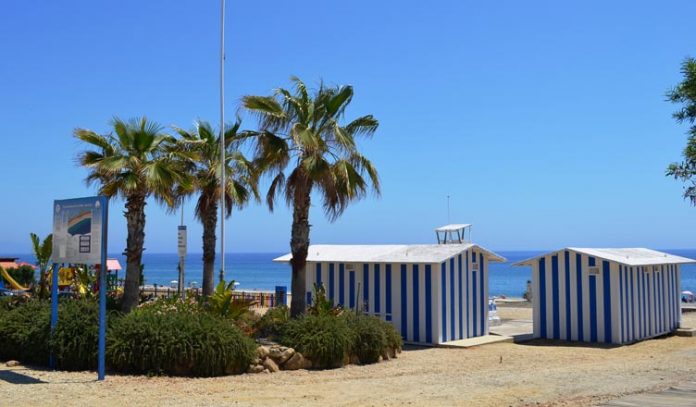 Mojácar Town Council has added a new stop for the yellow urban bus next to the beach at Marina de la Torre. This new stop is of great importance as it in a busy tourist area which has five important four-star hotels, a golf course, numerous homes and residential areas with maximum seasonal occupancy as well as one of the town’s blue flag beaches.

The idea for its construction was expressed by the hoteliers of the area to Emmanuel Agüero Leclerc, the Councillor for Tourism, Security and Transport, during one of his regular meetings that take place throughout the year with representatives of the tourist sector.

This new stop at Marina de la Torre has been financed exclusively by municipal funds and is within the plan for improvement and maintenance of the road safety of the municipality. With its addition, there are now 46 stops on the yellow bus route that runs throughout the municipality, linking the town with the beach area as well as the neighbouring town of Garrucha.

Mojácar runs an uninterrupted daily bus service from 8.55 a.m. until 9.30 p.m. from October 1 to April 1, with an expanded timetable during the high season offering more buses and later hours. Mojácar residents who are over 65 and registered on the padrón have been able to use the municipal public transport free for the last four years.

Councillor Emmanuel Agüero Leclerc pointed out that the work is mainly focused on road signs, road markings and street management. In 2016 the municipality of Mojácar allocated 60,000 euros for these works which should be completed at Easter ready for the beginning of the next tourist season.