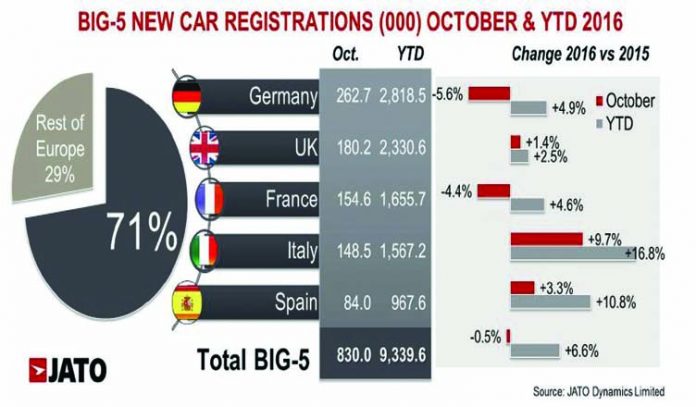 Elsewhere, Italy, Spain and the UK all posted modest growth. Italy grew by 9.7%, with rental registrations increasing by 44.6%, compared to the same time last year. Private registrations were the only negative performers in Italy during October, posting a decrease of 4%.

The UK managed a small growth of 1.4% thanks to low interest rates, affordable finance packages and a wider variety of new models. Spain’s growth of 3.3% was modest compared to previous months, due to one less working day in the month, and the end of the PIVE plan (Efficient Vehicles Incentives Plan in Spanish) which affected private registrations.

Disruption for vehicles around Rojales school

A Security and Protection Career: Top-Paying Positions to Consider

Roundabouts in the province are among the most dangerous in Spain

La Vuelta to hit the region on Saturday afternoon