Earlier this week the State Secretary for Tourism, Isabel Borrego, was at the 37th edition of the World Travel Market (WTM), one of the world’s main tourism trade fairs, being held in London. This year there were more than 186 exhibiting countries, more than 50,000 professionals from the tourism sector and 3,000 members of the press from around the world.

Accompanied by the UK’s Spanish Ambassador, Federico Trillo-Figueroa, and the Managing Director of Turespaña, Marta Blanco, the State Secretary for Tourism, visited the Spanish representation at the fair. At a press briefing, she underlined that the United Kingdom maintains its position as the leading emitting market to Spain and, if the current trend continues, more than 17 million British tourists will visit Spain by the end of 2016, a new all-time record.

Beforehand, Isabel Borrego attended a meeting with leading agents in the British tourism sector, to whom she outlined the economic situation and the current state of the tourism industry in Spain.

She announced the Spanish Government’s forecast for 2016 to close with an all-time record number of inbound tourists – in excess of 74 million, as well as excellent spending figures. She also said that employment in this sector is performing particularly well.

Borrego then highlighted the figures from the Labour Force Survey on the third quarter of 2016, according to which the number of people in work associated with tourism activities rose by 4.8% year-on-year, which in absolute terms represents 117,141 more jobs than in the same quarter of last year, a total of 2,575,938. This is the highest figure since current records began with those employed in the tourism sector accounting for 13.9% of all jobs in the Spanish economy. 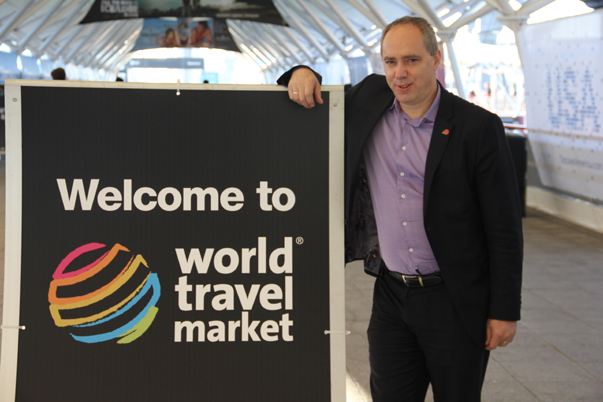 She said that for yet another year, Spain is the leading holiday destination for the United Kingdom with British tourists accounting for 23.9% of all inbound tourists in Spain. Spending increased by 12.2%, which is highly significant when bearing in mind the depreciation of sterling against the euro in recent months.

The image of Spain as a safe tourism destination for British visitors, its development towards a beach plus destination (offer of sun and beach plus additional activities), the recovery in demand to pre-crisis levels and the undisputed leadership of Spain in both the summer (with an organised market share of 43.8%) and the winter (with 42.2%) all underpin these figures, especially when considering the enormous loyalty of British tourists to Spain, with 82% repeating the experience and 40% doing so on seven or more occasions.

Isabel Borrego highlighted the progress made in the Turespaña marketing strategy for the United Kingdom, the objectives for which are to improve the profitability of British tourism and increase seasonal, motivational and geographic diversification.

The outlook for the winter season is magnificent. Air capacity will increase 21.7% and package holiday bookings to Spain are 33% higher than last year. Based on these figures, Spain is consolidating its leadership position: one third of holidays by British tourists will be spent in Spain.

For another year, the Canary Islands are the main destination for these holidays and its market share of all organised travel in winter is up to 33%. This is reflected in the additional air capacity recorded in the islands, with 573,364 more seats being made available than in 2015-2016 winter season.

The Spanish presence at the fair occupies a space of 2,900 square metres, including the pavilion of the Spanish Tourism Institute (Turespaña) with a surface area this year of 602 square metres to host regional governments, local councils, official bodies, hotel chains, travel agencies, airlines and others.

As part of the marketing plan for 2016, Turespaña will undertake a total of 313 activities that include 127 press trips, 73 agent trips, 21 work days, two training activities for the channel, 20 presentations to agents and 55 marketing and communication actions to end consumers and the media. As a result of the actions undertaken with the media, 241 articles have already been published with an advertising value of 7.72 million pounds.

The actions aimed at end consumers reached over two million people. The strategic focus continues to lie on online marketing and content with a growing presence on the social networks (172,000 Facebook followers and 47,100 Twitter followers in the United Kingdom channels), through which it has achieved significant organic growth and a high level of engagement.