San Miguel de Salinas translates into English as Saint Michael of the salt lakes. In olden times salt was harvested by Spain’s northern European neighbours and valuated mainly for its properties as a preservative. 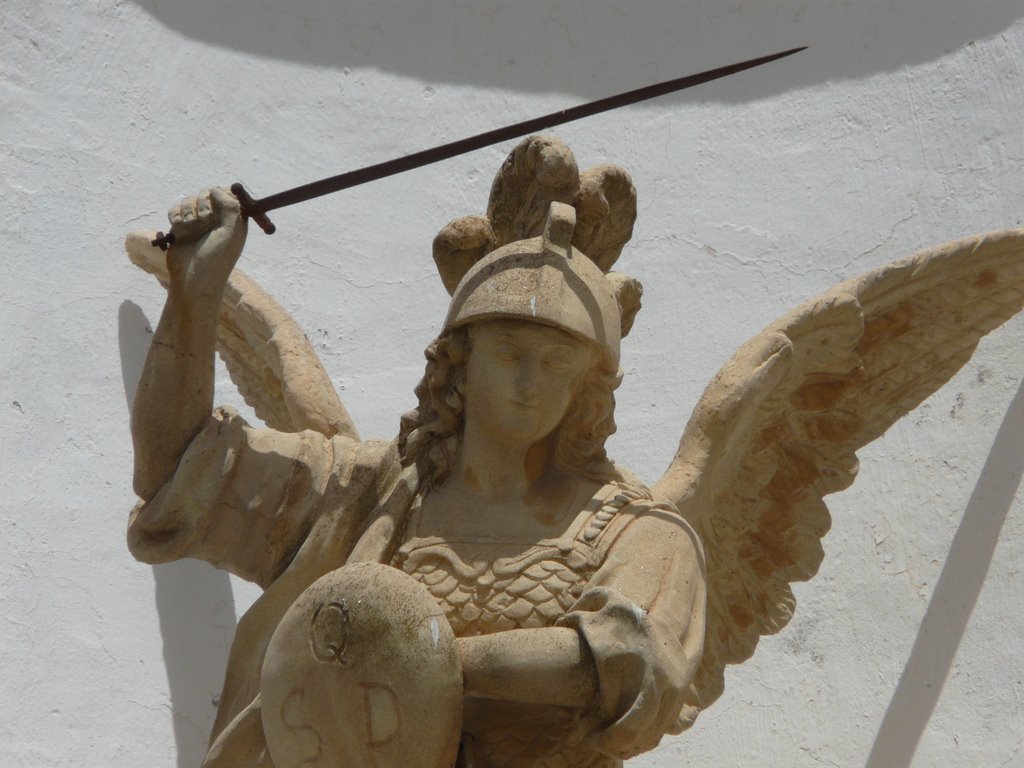 Set in the foothills of the Los Alcores mountain range San Miguel is also known as the Balcony of the Costa Blanca. From the top of the mount, which is about 100 metres above sea level, the whole of the Alicante coastline is open to view.

Historically, in common with many of the villages of the Vega Baja, San Miguel has been fought over and owned by many warring factions but mainly came under the jurisdiction of the council in Orihuela. Archaeological remains can be found in San Miguel from the various civilisations including Iberian, Roman and Arabic. However in March, 1955 San Miguel de Salinas was granted its dearest wish and became an independent municipality which it retains to this day. 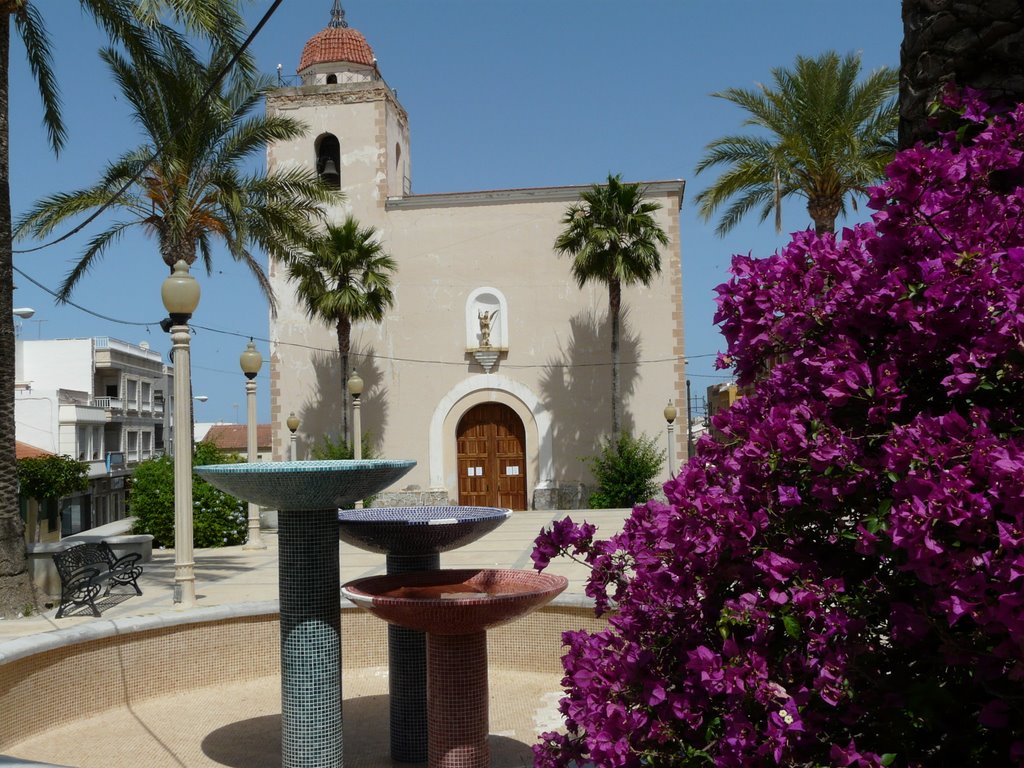 From the records kept in Orihuela it seems that a hermitage was built in San Miguel in 800AD which over time became the Convent and Monastery of San Gines and was home to the Augustine friars and Carmelite nuns and after being ransacked in 1407 the local gentry founded the Brotherhood of San Gines in an attempt to protect the Convent from unwelcome confrontation from both Moors and Pirates.

Situated close to the border between Murcia and Alicante and in the southern part of the Vega Baja, San Miguel is approximately 4km from the Mediterranean Sea and enjoys a reasonably dry climate. Naturally, the gastronomy of the town shares many dishes with other villages of the Vega Baja but gazpacho with partridge and hare is particularly famous. 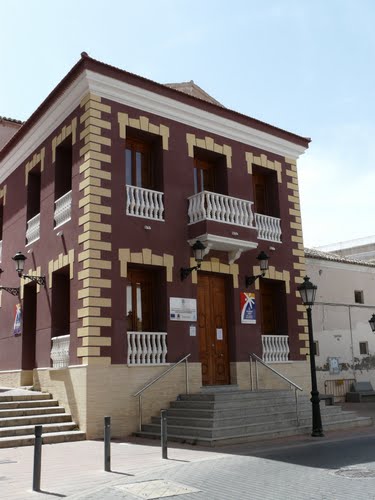 As you stroll the streets of San Miguel it is difficult to imagine that there are now 52 different nationalities living in the town, a large number of them being British and German. The church stands in the Plaza de la Libertad and the building was granted parish status in 1723 when the church was dedicated to San Miguel. There had previously been a church on the same site, which was built in 1600, but this had to be demolished in 1689 due to the poor quality of the original construction work, the present church was then re-built between the years 1689-1719.

At about the same time as the original church was built in 1600, proprietors of local property began to build the first houses in the area which was to become San Miguel de Salinas.

The earthquake of the 21st March 1829 left San Miguel in ruins and the slow and painstaking reconstruction had to begin for this small village and grateful thanks were acknowledged to the Bishop of Orihuela who generously contributed to the laborious rebuilding. The Old Town Hall was built in 1840 and incorporated the local jail and it was in continuous use from that time until 3rd January 1988 when the New Town Hall was inaugurated to meet the needs of a growing community. Prior to the Town Hall being in built in 1840 meetings were of necessity held in various suitable houses in the village. 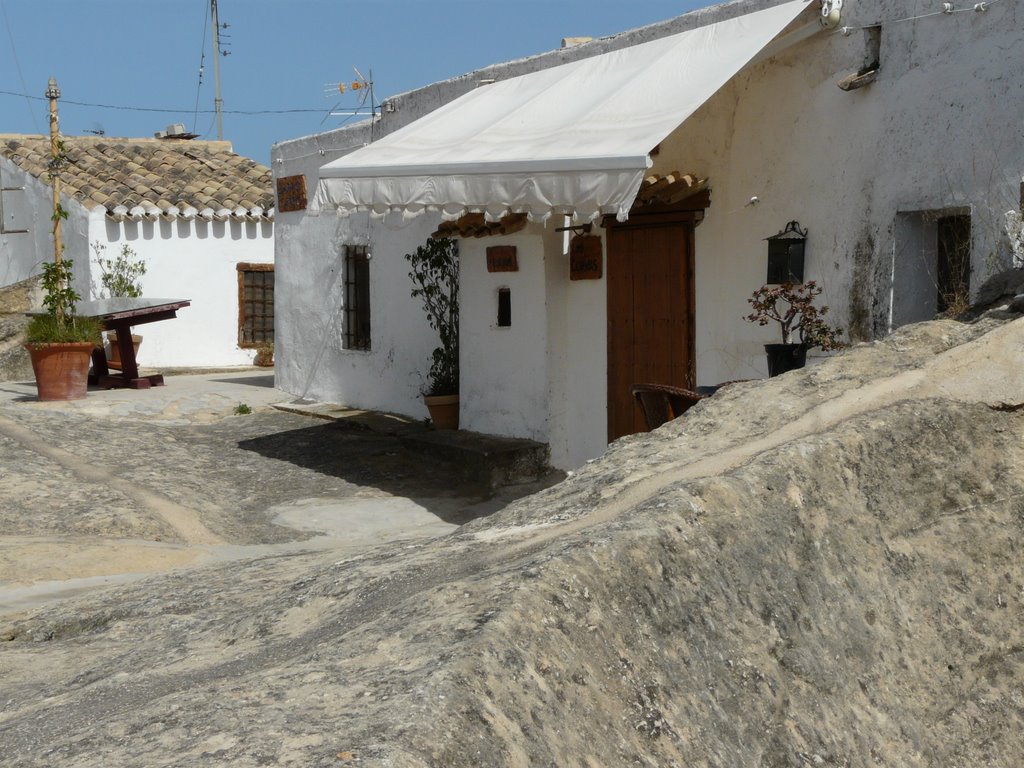 Walking through San Miguel one is made aware of the pine groves, which are plentiful as are the areas where rosemary, thyme and white rockrose grow. For bird enthusiasts the village is ‘home’ to the red partridge and the turtledove and in the pine groves look out for owls, buzzards and wood pigeons. Because of its location San Miguel provides a natural environment for these species together with weasels, rabbits and foxes.

Sadly, the orange and lemon groves are gradually giving way to the construction industry and so the economic growth of the village will change perhaps from agriculture to tourism but San Miguel de Salinas is a village where the local inhabitants lead a simple life and have great affection for the nature and characteristics of the Segura area. It is a village with the wonderful smell of almonds and lemons, mint and herbs and is a village which proudly remembers its history of the salt lakes.

Work from Home Essentials That Are Worth Investing In

Top Tips to Improve Your Chances of Winning Scratch Cards

Worst Plays Ever in NFL History

I’D DO IT ALL AGAIN

What Should You Do Immediately After a Car Accident?

Is Novak Djokovic the Best Tennis Player of All Time?