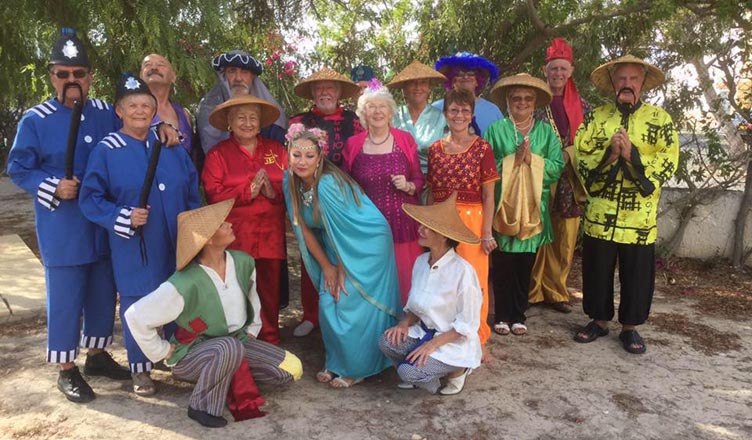 Stagestruck Theatre Group are rehearsing hard and looking forward to presenting their Christmas Pantomime, ‘Aladdin’ on the 17th, 18th and 19th November at the Cardenal Belluga Theatre in San Fulgencio.

This well known story features Aladdin (Blanca Helena Sierra), the son of the poor Widow Twankey (Ian Smith) and his lazy brother Wishee Washee (Chrissie Wright).  Aladdin is tricked out of his magic lamp and his Genie by his wicked Uncle Abanazar (Alan Appleton) but he manages to recover them  ensuring a happy ending at the wedding of Aladdin and the Princess Jasmine (Louise Thomas). 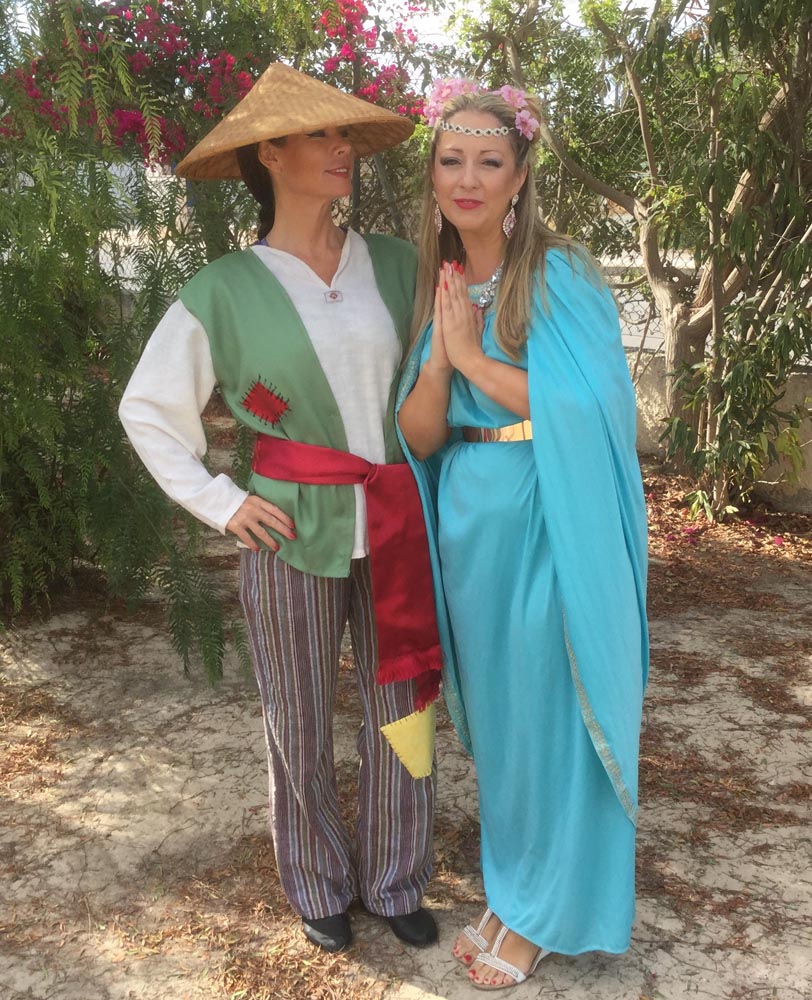 Stagestruck has become known for comedy and this script is no exception.  As well as comedy, the audience will be treated to song and dance, so there really is something for everyone.

In addition to a great night out, the proceeds from ticket sales are donated to local charities including the Alzheimer’s Association.  From our last show, we were able to donate 3500 euros to charity and with your help, we would like to achieve that  again.

Tickets are 7 euros each (10% discount on 10 or more tickets) and includes a free drink on arrival.  They are on sale at the Card Place, Benimar, the Post Room, Benijofar, The Post Box, Dona Pepa, Quesada, Marabu Lounge, Quesada, Kennedys Supermarket, Los Montesinos, Cards and More, La Marina and Ray’s Laundry, La Marina. 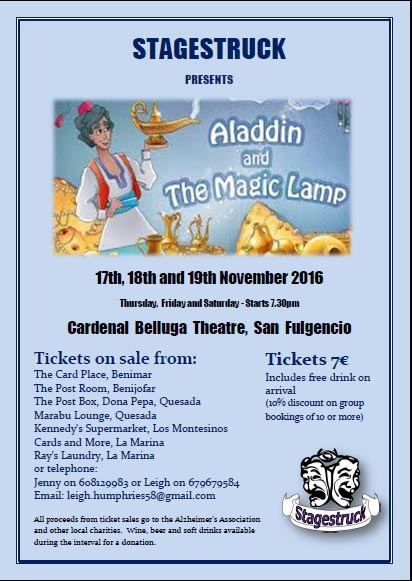