Mazarron made it three games without defeat with a hard fought 2-1 home win against Racing Murcia City. It was a game which saw Mazarron having to dig deep into their resources but, once again, a fighting performance saw them come out on top.

Racing Murcia had the better of the first half in which Mazarron keeper Juan Pedro had to be on top form with three outstanding saves. Without central defensive stalwart Raso, Mazarron looked to captain Juan Andreo to marshall his troops and, as usual he led by example.

Koko had a shot saved for Mazarron but it was Racing Murcia who made all the running and their pressure paid off after 33 minutes when Juan Pedro was finally beaten by a shot into the far corner of the net. Mazarron’s only other effort of note in the first half was a 43rd minute free kick from just outside the penalty area which sailed well over the bar. 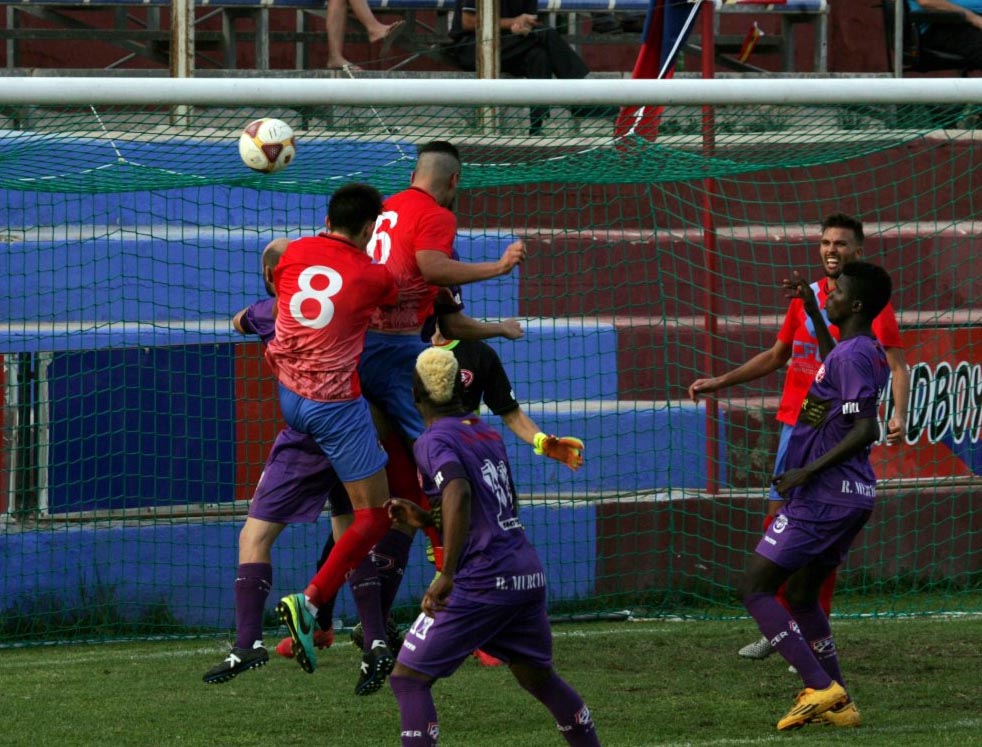 It was a different story after the interval as Mazarron began to play with some purpose and it took only four minutes for the home team to get on level terms. Stand in centre back Boudia met a well taken corner and headed the ball home. Former Mazarron favourite Willy was causing problems for the home team but Mazarron continued to dominate the game and scored a second after 66 minutes with a superb strike from 25 yards by substitute Steven.

An overhead shot by Raul was saved by the Racing Murcia keeper but, at the other end Juan Pedro had to make another superb save to deny the visitors. Willy then had a free kick cleared by the hard working Mazarron defence before the referee brought relief to the home supporters with the final whistle after four minutes of injury time.

Mazarron’s win took them up to 11th in the league but they face a difficult trip to SFC Minerva, who lost for the first time this weekend, for their next game.