The Ale House prepared a warm welcome for their upstairs neighbours, the Hyenas, and the match proceeded in a great atmosphere.  First up in the triples for the home team was Alan Havelock, who scored the season’s first ‘180’ the week before, supported by last week’s MOTM Jimmy Grey and Phil Husband.

They faced Lee Holtham [140] (pictured), Joe Miller and birthday boy Sean Smith who clinched the first game for the Hyenas [85, 81: 6- 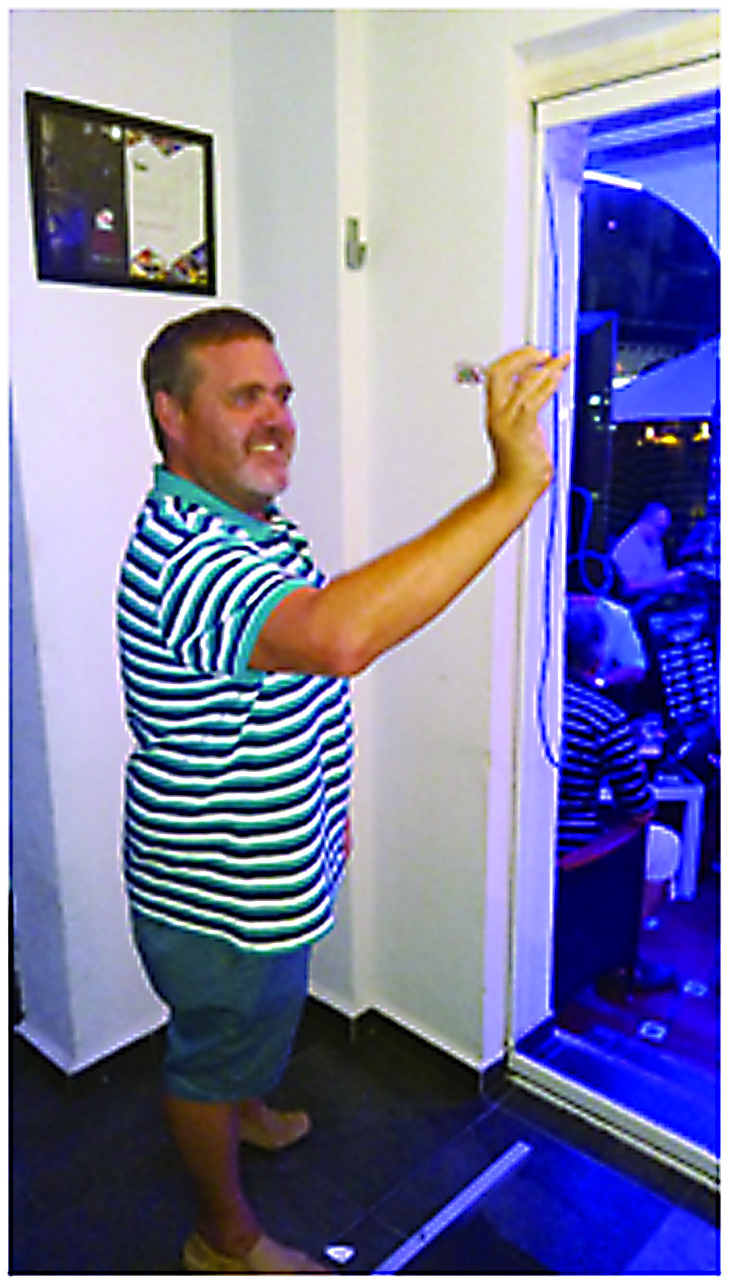 In the first of the pairs, Captain Mallinson scored 117 to leave 40 which team mate Lister (78) secured with D20 first dart giving them their first point which was not an easy victory against Eyre’s (100 x2) and Holtham’s 85.

But this must have raised the hyenas hackles as they hit straight back, again with Smith doing the business with a 180 and then checking out S20-D10. Havelock put up a brave response with a couple of tons and a sober Si Williams chipped in with an 81.  The Hyenas also took the last pairs point with Hawkins (125, 100) and Miller (85, D20 first dart) finding their mark against Wing and Grey. Half time score 1-5.

Although many of the games went to the wire it was the very quick finishing from the laughing Hyena boys that gave them their well- deserved victory and maintains their position as league leaders in this 2nd week of the season.

Other matches to deserve a mention were the Hub Hellraisers attaining their very first ever win since they joined the league last season.  Very well done girls!  The Junction Jackals were also very pleased with their win over last year’s league winners- El Capitan.