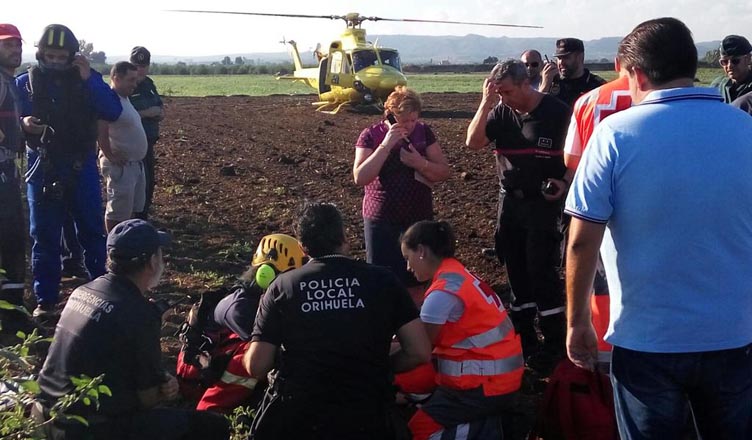 There was a happy ending on Thursday when an elderly woman suffering from Alzheimer’s disease was reported missing from the Orihuela pedenia of El El Mudamiento.

The woman, who was identified by neighbours as Rosario, had been missing from her home since the previous evening at which time a search was mounted involving the Policia Local, Civil Protection, Red Cross, the Provincial Fire Consortium (also with canine unit), ECOS (Unidad Canina) and the Civil Guard.

The woman was found early on Thursday morning in a rural area less than a kilometre from her home. She was located in a small cove amongst a bed of reeds where she had been sheltering from the overnight rains. A medical helicopter was quickly despatched to the scene which airlifted her to the Vega Baja Hospital for a medical examination.

The Orihuela councillor for emergencies, Victor Valverde, was swift to congratulate the control centre and the search teams for their contribution which resulted in a successful outcome. He also thanked local residents for their hospitality and assistance in the provision of sustenance to the crews during their overnight efforts.