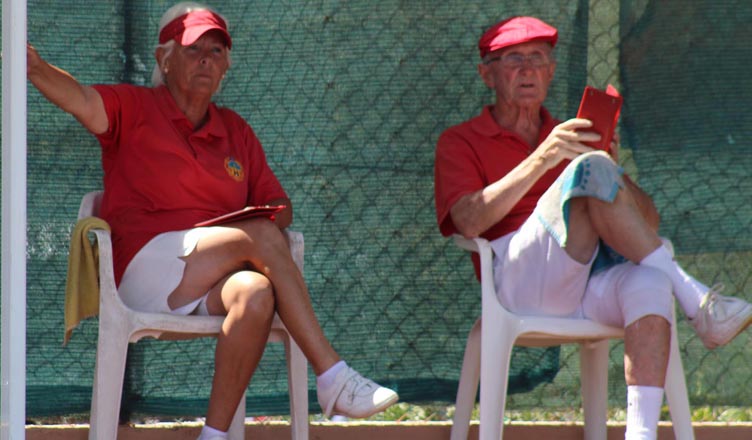 The Linea Directa Valencian Lawn Bowls Championships began at San Luis on Sunday with the Men’s singles. Initially there were a few challenges; like trying to cast and keep the jack on the green but once the players got to grips with the new carpet the spectators enjoyed some excellent bowling and some really close matches.

Unfortunately our men were knocked out within the first 2 rounds. The Ladies singles were played at La Siesta and again there were some excellent matches to watch, with our 2 players: Irene Everett and Ros Holmes beating some good opponents. Irene, after a hard fight, unfortunately lost her ¼ final match to Jacqui Johnston (Q) but Ros beat Mary Dyer (SM) to reach the semi-finals. We wish Ros the very best of luck and also the competitors in the up-coming triples and mixed pairs competition. We look forward to seeing spectators at all of these events.

All the semi- finals and finals will be held at San Luis with the closing ceremony on October 8th.

The Valencian Championships have been in full swing this week with a large number of red shirts playing on each green. Unfortunately this led to a number of games being played with San Miguel playing San Miguel.!!!

There have been some brilliant games with very close results.

It must have been a nightmare organising the timetable, but on occasion there were players playing the first round on La Siesta in the morning, then off to San Luis in the afternoon, then San Miguel the following morning – all three totally different greens!!!

San Miguel have done extremely well with a number of players in the semi finals. Anita Brown, who has won the title twice before has reached the ladies singles semis. Cliff Plaisted has had some great games to reach the mens semis. The men’s pairs semi final brings two San Miguel teams against each other, Chris Collier & Stuart Denholm play Bob Nesbitt & Carl Eagle. Ladies Pairs Lynn Greenland and Gail Willshire are in the semis and the Mixed 4’s team of Cliff Plaisted, Val & Chris Collier and Stuart Denholm are also there. GOOD LUCK TO YOU ALL. The mixed pairs and trips are still to be played.

good turnout for Saturday 24 September with 21  bowlers including a welcome to potential new members Neville Pulfer and Roy Nicholson.  Results as follows First Helen Langlois with 34 points second Val Duchart 30 points third Rudi Wattley 26 points with Dennis  Brown filling the fourth place with 24 points. The wooden spoon this week was won by Terry Lawton. The club members departed for Mojacar on Saturday 1st Oct for 5 days of leisure and hopefully some good bowling with the local clubs. If you are new to Bowling or are looking to change clubs please ring Haley at Greenlands on 966 84 4399.

Firstly I must apologise to the ladies of San Luis, confusing them thinking they were playing at Emerald Isle but it was actually San Miguel, who played at the EI, and they also walked away with the trophy but hopefully the EI can bring back the trophy next year

During the week the Valensian championship has been taking place,EI have a good representation in the tournament with Frank Close in the semi final of the singles, Christine Parsons and Ann Marie Stevenson in semi final of pairs and Paul Parkes and John Pooley in semi final of mixed rinks

Lets hope the upturn in the EI fortunes continues