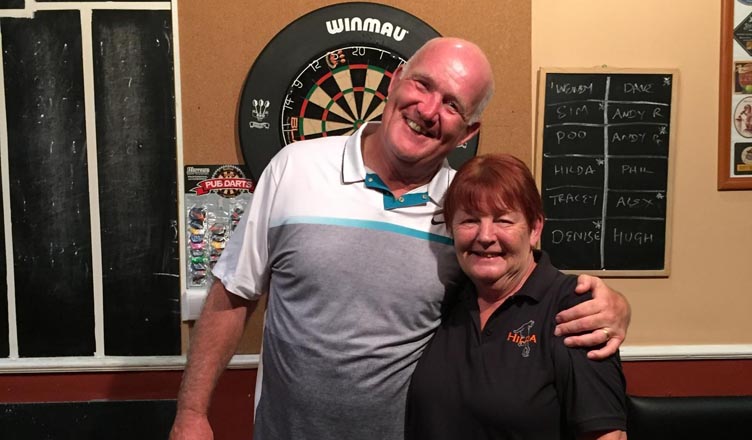 This time last year the Jaguars were victorious over their counterparts, the Jackals and so it was not surprising that those dirty dogs would want to take their revenge this season.  First up in the triples was new signing, Dave Wright teaming up with Andy Rutter [100,135] (last season’s men’s singles finalist) and Nigel Elvery.

They faced the Jaguars new signing, Lesley ‘Eagles!’, Hildy-do-da [76] and Wendy Woo Hayward [71] (last season’s ladies singles finalist).  The ladies scored OK but didn’t make it to a finish despite whittling away at the men’s 300-point advantage, Wrighty [83] eventually did the damage with D6.  Throwing first in Triples #2 was ex Captain de Lacy, landlady Lisa and captain ‘Poo’ Schofield [76].

Patty Poo [79, 73, 60] put up a valiant effort against Gildea [100] but the sassy Landlord got his finish first.  However, captain Phil de Lacy seemed to lose it against Hilda Wilkinson’s consistent scoring and cheeky check-out on D8. The rumble in the Junction of Tracey ‘Psycho’ Simpson v Alex ‘Bloody’ Nikolov was fought and won by the latter with D20, neither particularly pulling out their best performances, however Denise ‘Snipper’ Green [64, 90, 77] gave the girls a few things to cheer about until Scooby Hugh put the final nail in the coffin [123, D4]. 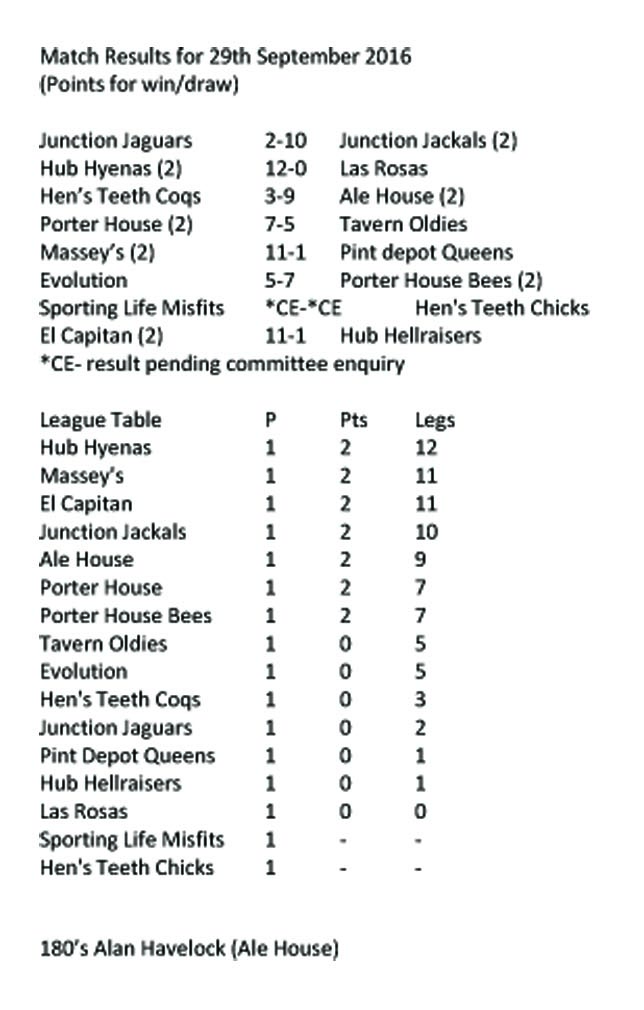