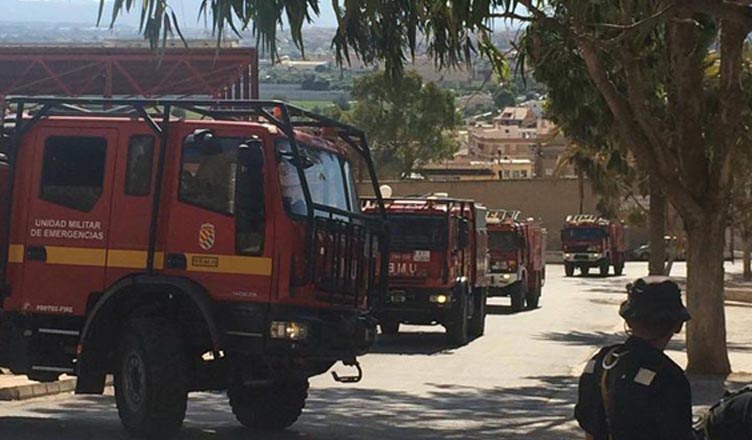 Spain’s Military Emergency Unit (UME) has been carrying out a number of simulated training exercises in the Vega Baja over recent days including water rescue operations in La Pedrera, night-time mountain rescues from the slopes of the Sierra de Callosa and canine search and rescue operations from the ruins of an abandoned factory unit in Redován.

Approximately 500 troops and over 150 vehicles were involved in the training exercises, all from the 3rd Battalion of Emergency Intervention Unit (BIEM III) based in Valencia. The exercises got underway last Monday lasting 5 days through to Friday.

The scenario being practised by the troops all related to severe flooding and the catastrophic situation seen in area during 1987 when the Rio Seguro burst its banks in several places flooding several towns in the region, including Orihuela city, and necessitating hundreds of rescues by both boat and by helicopter.

Subsequent rescue operations could be likely in the event of such an emergency, so it is necessary to practise the troops on the ground as well as the command and control elements that would be necessary in pulling together the activities of such a dedicated units.

Many of the specialist troops were deployed simultaneously on different tasks including the pumping out of flooded properties and buildings, water searches and rescues as well as the mountain and building rescues previously mentioned.

BIEM III was joined in the week long exercise by the emergency helicopter battalion, Bheleme II, and Regimental Emergency Intervention Unit, Raiem, which is based in Torrejon de Ardoz. 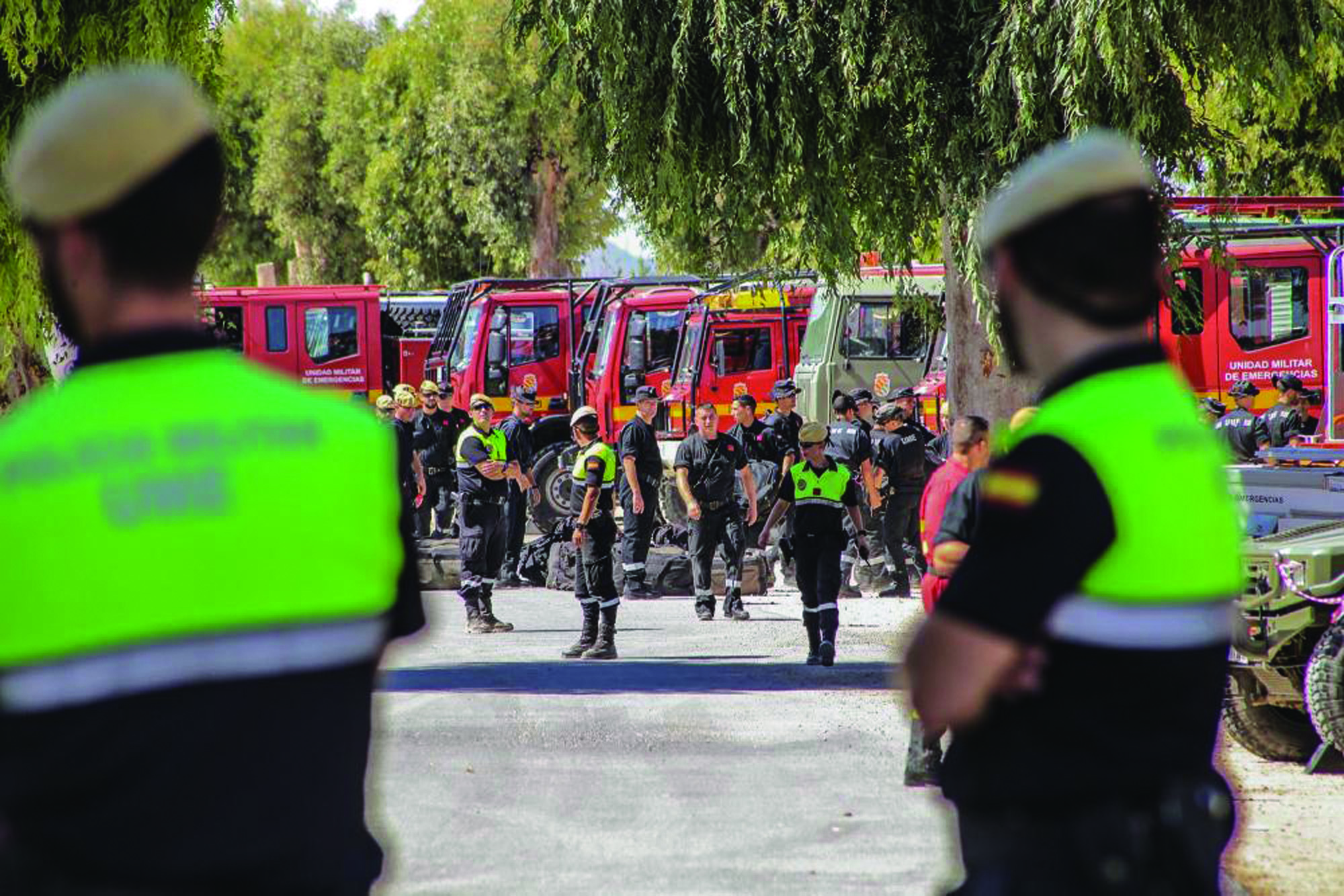 A spokesman from the Military Emergency Unit said that the purpose of this simulation exercise “is to improve the level of education and the level of training of all the agencies involved in emergency management.” Moreover these practices on the ground are developed to help strengthen ties of cooperation and understanding between all of the bodies involved so that when facing a risk the situation is handled fluently and efficiently, fully maximising the skills of the specialists on the ground.

Also involved in the operation was the Emergency Response Directorate General of Forest Fire Prevention, the Spanish Red Cross, SAMU, Alicante Fire Consortium, fire personnel from the City of Valencia and staff from the Hydrographic Confederation of Segura, as well as representatives of the Civil Guard, the National Police the Naval Diving Centre, together with the Civil Protection and local police from the municipalities affected.