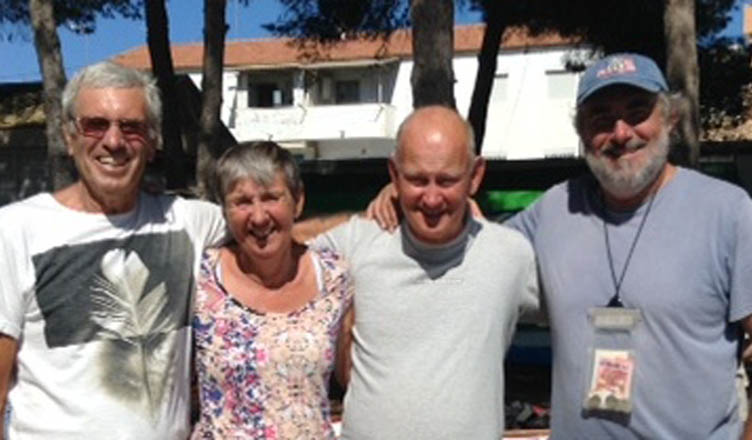 For the second race day of the SAMM Autumn season, the wind blew steadily from the east south east making it a really great day to sail.

Eleven thirty saw the larger boats jostling at the start line.  ‘Sirocco’ made a perfect start, closely followed by ‘Connie’. ‘Mistral’ was away from the line and, in haste, made some hurried tacks and five minutes passed before they managed to clear the line as the dinghies approached, all abreast for their very impressive start. 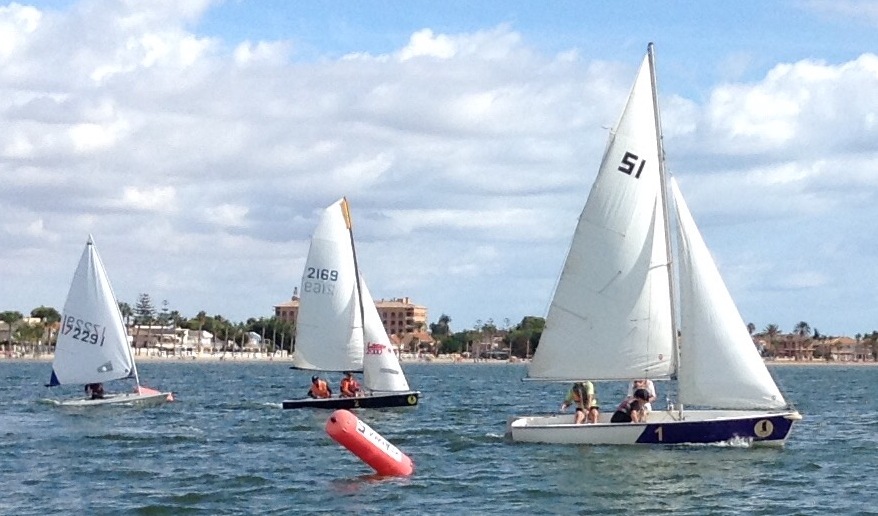 ‘Dos’ soon caught Mistral, quickly followed by the Laser Radial, then ‘Uno’. ‘Quarto’ had made the worst start but good crewing soon put things right.  Connie, being a much heavier boat, needed more wind and was slowly being caught, while Sirocco was forging by steering a really economical course without errors. The race continued for 4 laps, each boat trying to catch and overtake the others, and was a pleasure to watch from the high vantage of a ferry boat kindly made available to SAMM by Angel and his family.

The second race was interesting because the course was reversed and helms had to be aware of the submerged breakwater on their port side and choose on which tack to start.

Connie made an excellent start on a port tack which took them away from the start line and the breakwater. Sirocco and Mistral chose starboard knowing they would have to make an early tack to avoid the breakwater. Five minutes later the dinghies fought for start position and Quarto, who had picked a really good line, was blocked by Uno who suddenly switched from port to starboard giving her the right of way. Connie seemed to have taken the best line and rounded the first mark ahead of a closing Sirocco.

Six laps of really good sailing followed with the wind strengthening all the time.  In the second lap, Sirocco in the lead lost the plot and missed out a mark, which cost a lot of time going back down the course to correct the mistake.  Quarto seized the opportunity and took the lead. Close on its tail was Dos who took its turn at the front shortly after. Some excellent sailing saw the Radial, which seemed on the point of capsizing at the jibe mark several times, recover.  Sirocco made amends for her error and sailed tighter to the wind than most saving a tack to the windward mark and visibly started to haul back the deficit. A great day with great sailing by all.

To find out more about SAMM and the race Program see the web site www.sailingmarmenor.com