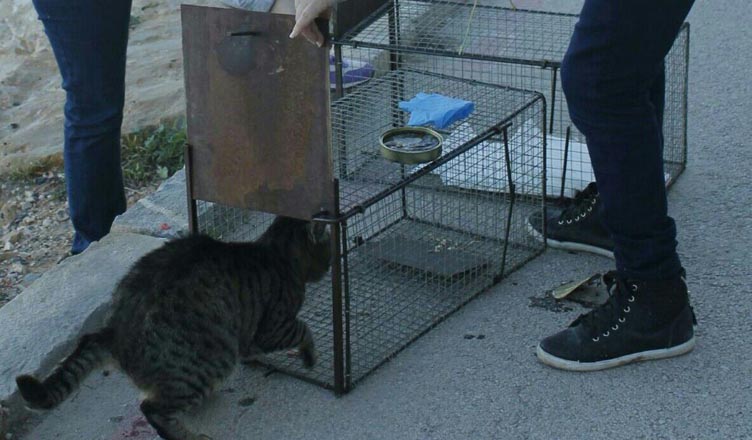 A campaign got underway in Torrevieja last Monday to castrate over 200 street cats. Run by the voluntary CES Project (Catch, Neuter, Release), the action will be financed by a grant from the Alicante Provincial Council of almost 15,000 euros.

The Councillor for Animal Protection, Carmen Morate, said that the animals will be taken to seven Torrevieja clinics which have been approved by the College of Veterinarians of Alicante where they will each be castrated at a cost of 70 euro for females and 35 euros for males

The project coordinator, Ana Llopis, has been handed a list of about 70 colonies registered in Torrevieja, by the City Council, with the approximate number of cats and the locations in which they can be found.

So far this year the group have already castrated almost three hundred cats along the coast from the Acequión to the Playa de los Locos. This next campaign will focus on the colonies, and in the areas, where there is thought to be conflict or where the residents have become particularly concerned with the number of stray and abandoned cats they are seeing.

Morate said that “unfortunately, the problem of feline overpopulation cannot by resolved in a year and this is a long-term project.”  She said that it could take as long as another four years of castrations before the cat colonies can be brought under control.

“There will always be females that cannot be caught and neutered and unfortunately there will still be many irresponsible people who abandon their perfectly healthy cats to fend for themselves. Inevitably, they too will quickly join up with a local colony.”

Morate asked that local residents give “a little understanding, patience and tolerance to these cats. They are helpless animals who seek only to live in peace.”

The councillor thanked everyone for the important work that they are doing including the Delegation of Alicante, College of Veterinarians, other local councillors, the Association for the Protection of Animal in Alicante, Marisol Moreno, the seven collaborating veterinary clinics in Torrevieja and especially all the CES Project volunteers who are carrying out the major part of this job.