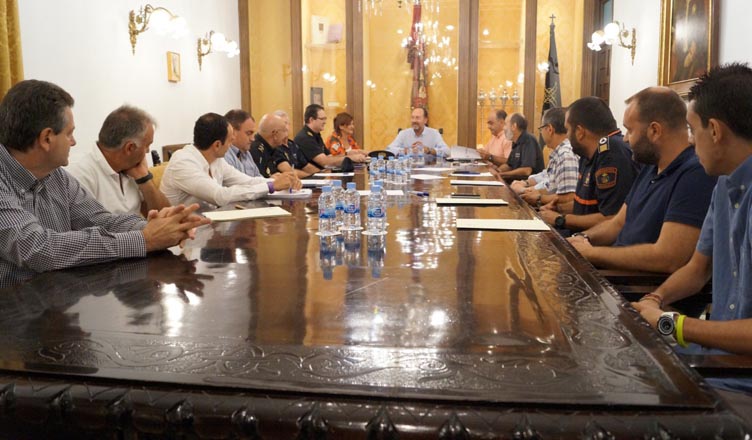 Orihuela City Council has carried out a series of preventive actions this summer in anticipation of the torrential rains that are expected to fall during the coming weeks.

The Councillor for Emergencies, Victor Valverde, told a meeting of representatives from the emergency services last week that measures taken to date have been based mainly on cleaning drainage ditches, sewers and rainwater gullies, as well as the maintenance and conservation of river banks and beds.

Valverde explained these actions at the meeting of the Operational Coordination Center of Municipal Emergencies (CECOPAL), composed of the local police, firefighters, Civil Protection and the departments of Infrastructure, Safety, Environment, Costa and Education.

During the meeting it was confirmed that there was an absolute need for a rehearsal of the emergency procedures that it would be necessary to put in place in order to ensure that they are effective and that the various emergency stakeholders are able to effectively work together.

According to the emergency coordinator, Jesus Rodriguez, it would be the first time that such an exercise would be carried out. He anticipated that it will take place toward the end of November or early December.

In the case of heavy rains, one additional aspect that must be included in the new procedures, that has not previously been considered, he said, is the need to improve the system of communication with parents, so they know well in advance if they should be taking their children to school. But with the drafting onto the planning committee of Pedro Gomez, weather expert and the manager of the MeteOrihuela project, this should now be overcome.