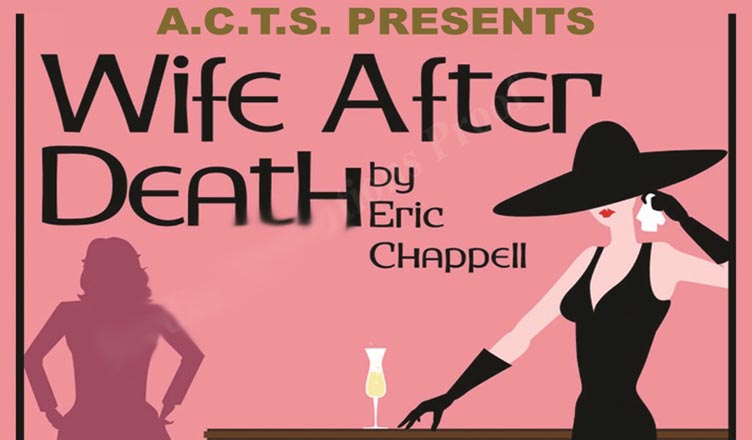 “Comedian and national treasure Dave Thursby has died, and on the day of his funeral, friends and colleagues gather beside his coffin to pay their last respects. There is Harvey, who wrote Dave’s material, Vi, Harvey’s wife, Kevin, Dave’s agent, and Kevin’s wife Jane. Dave’s glamorous widow Laura has arranged a funeral to remember, complete with horse-drawn hearse and an attending dog. 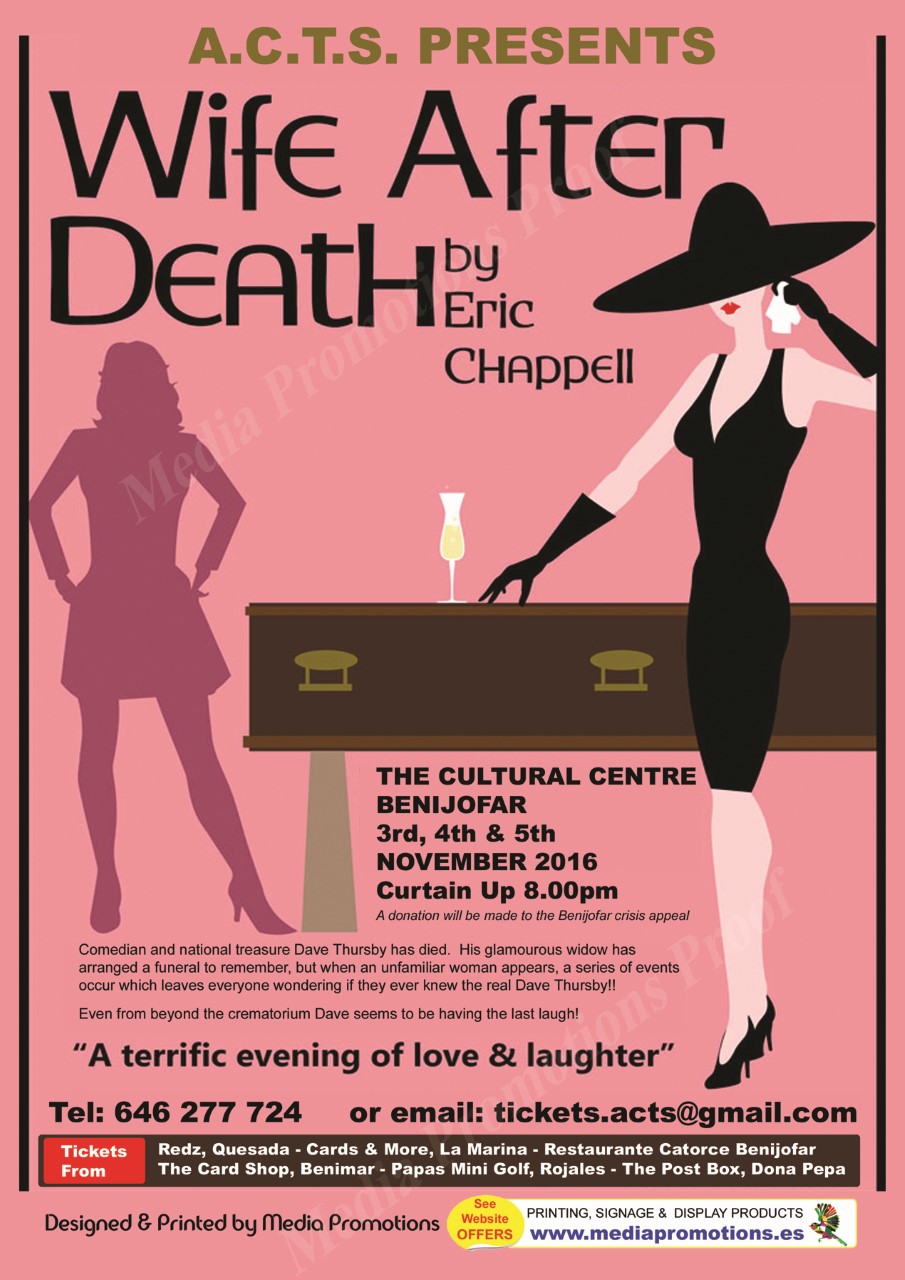 An unfamiliar women in flamboyant mourning clothes turns out to be Kay, Dave’s ex-wife from before he was famous, and a series of revelations end up with Kevin throwing a drink into the coffin and all hell breaking loose as the ” real” Dave reveals himself from beyond the grave.”

This two act comedy was written by Eric Chappell who also wrote the T.V. comedy series, Rising Damp, Home to Roost and The Bounder.

Tickets are 8.00 euro and are available by contacting:-  tickets.acts@gmail.com  or calling 646 277 724. Tickets are also available from various local outlets including Catorce Restaurant, Benijofar, who are offering an Early Bird dinner before the show and is only a 5 minute walk from the theatre, for more information contact Catorce on 966 849 030.

The performances are on the 3rd, 4th and 5th November 2016 with curtain up at 8.00 p.m. sharp and is being performed at the Benijofar Cultural Centre, with profits going to the Benijofar Crisis Appeal.