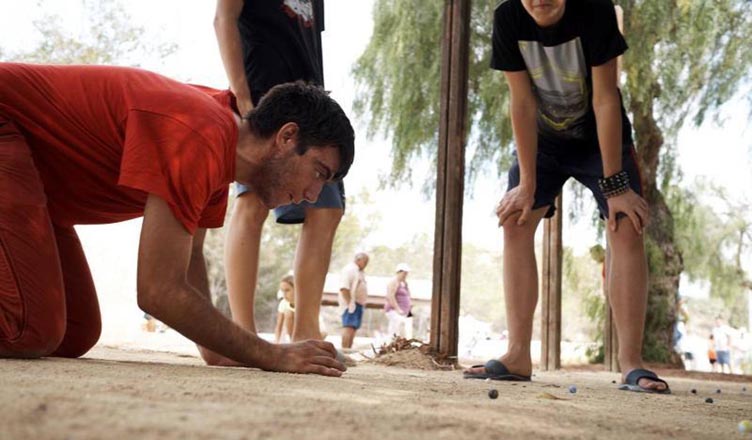 The former San Miguel secondary school became the venue last weekend for the very first marbles championship which was arranged by the Neighborhood Association Archangel as part of the town fiesta.

The purpose was nothing more than the organisation of a day intended to bring the generations together along with the revival of a traditional game that is no longer played by children in our local parks and schools.

An idea of local enthusiast, Czechoslovakian resident Petr Sejba Manuel Gómez he said that he was absolutely fed up in seeing today’s generation of children increasingly glued to their mobile phones or their computers. He hoped that the event would encourage many of them to get off their sofa’s and get out into the outdoors where they could enjoy such a creditable that, like so many other things, is in danger of becoming a forgotten sport.

Gradually the playground of the old school began to fill with families from the municipality who were there with “the aim of promoting good relations between the generations and the revival of a game with which many of the older generation have grown up.

Petr Sejba, was on hand to organise the participants into their groups that lasted all morning. Sejba is an expert in the sport and was the President of the Czech Federation of Marbles until as recently as last year when he was elected as World President.