What, on  paper, looked a straightforward task for Elche finished anything but as they held off a determined UCAM Murcia side who finished by far the stronger. Elche went ahead in fortuitous style courtesy of defender Fran Peréz who powered a header beyond his own goalkeeper under pressure from Nino. At the other end, it would have been a fine strike, instead it put his side behind. UCAM deservedly equalized with twenty minutes remaining, a goal that was just reward for their perseverance.

There’s something about this new look Elche group who, collectively, flatter to deceive. Four games in and they’ve climbed to third in the classification courtesy of home wins over Rayo Vallecano first time out and Tenerife last weekend. Away from home, though, it appears to be a different story. Stuttering is probably an apt description for this outing; briefly, too briefly, exciting but for the most part unadventurous and lacking ambition. 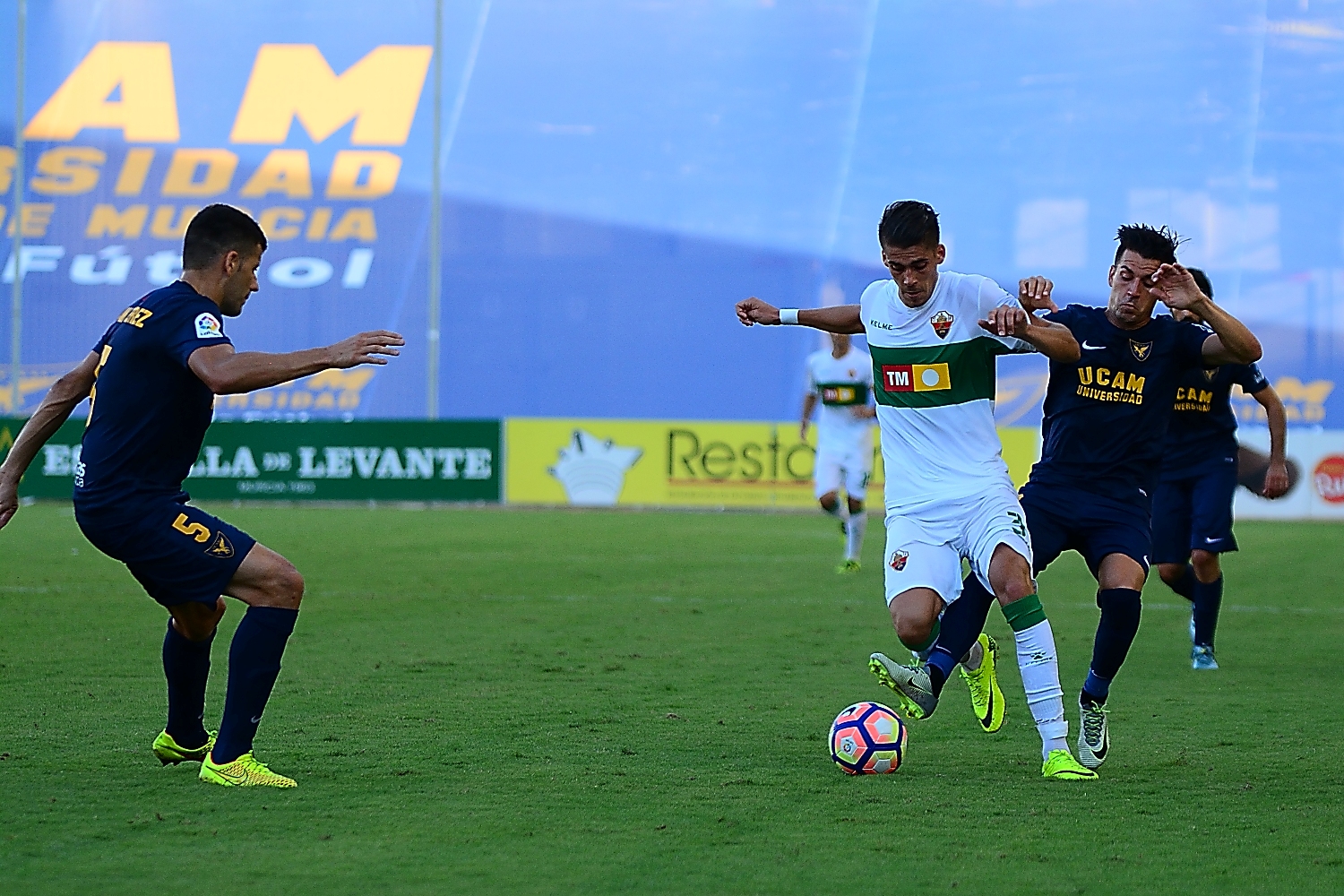 Getting on for 2000 Ilicitanos made the short journey down the motorway and their fervent support wasn’t matched by the onfield efforts of the objects of their affection. Early joy soon gave way to frustration and, by the end, relief for the traveling hordes. A largely even, the goal aside, first-half petered out to its uneventful conclusion with chances for either side few and far between. Pedro for Elche rightly earned a booked for chopping off Guichón legs just below the knees while down the left flank Kikoto, for the home side, was lucky to escape sanction for a high arm on Hervías.

After the break UCAM started brightly and the half continued in the same vein, Elche enjoyed plenty of possession but appeared not to know what to do with it all. Short, lateral passes when a killer ball forward was needed were the order of the day but none were forthcoming. The visiting fans, squinting into the low sun really, really weren’t missing much. The locals in attendance began to vent their frustration at the Elche go-slow but would soon be far happier.

What looked like a smart save down to his right by Juan Carlos for Elche proved only to be an assist for the goal that brought UCAM level. Elche’s summer signing from Rayo Vallecano helpfully planted the ball onto the head of  UCAM substitute Jona who filled his boots and the Elche net. The 28-year-old goalkeeper redeemed himself shortly after with a fine, diving save to keep out a carefully aimed Vicente shot that, to all intents and purposes, looked destined for the bottom right hand corner of the goal. It was a save that guaranteed Elche a scarcely deserved share of the spoils.