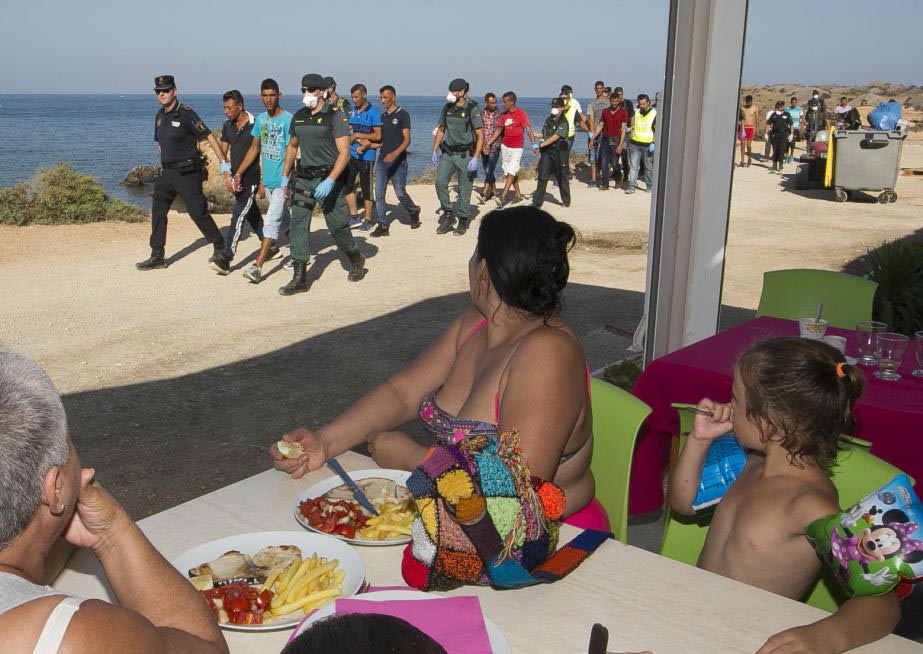 The Southern Costa Blanca received the biggest single wave of refugees last Tuesday when approximately a hundred immigrants landed in four small boats on the island of Tabarca.

Most are said to come from Algeria, although some are said to be from Syria with a spokesman saying that they were only a few hours at sea having been offloaded from a mother ship close to the Alicante coast.

By mid afternoon the number of immigrants detained exceeded fifty but during the course of the evening the police were said to have still been searching the island in attempts to track down more people. It was thought that the number could be as many as a hundred.

The immigrants were taken to the port of Alicante on boats Maritime Rescue and Maritime Service of the Civil Guard.

Members of the Red Cross erected accommodation in the port area a tent to serve both them and the National Police as they jointly processed the arrivals, most of whom will be moved to a detention centre prior to being returned to their countries of origin.

However thirteen of the immigrants claimed to be minors so it is likely that they will be allowed to remain.

The alarm was raised at about two thirty in the afternoon when the immigrants began to wander around the island. Two officers of the local police serving on Tabarca quickly called for reinforcements as they made the first arrests.  They were quickly joined by agents from the Santa Pola Civil Guard and two vessels of the Maritime Service.