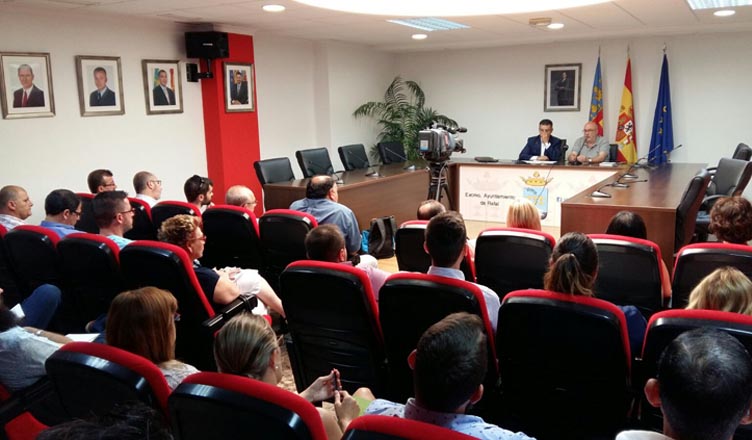 The Valencian Minister of Transparency, Social Responsibility, Participation and Cooperation, Manuel Alcaraz, has been holding a workshop for councillors and council officials on the subjects of transparency and good government.

The one day course was held in Rafal where the opening address was carried out by local mayor Manuel Pineda. A total of 17 Ayuntamientos attended the short course representing parties from across the whole political spectrum

Alcaraz said “there are no shortcuts to transparency which all modern day politicians should be doing their utmost to achieve. It is in widespread demand and affecting all sectors of society. It is something that the electorate now expect and there can be no excuses”.

The minister said that “the Government has launched the Transparency Portal on which it promotes agreements with the Provincial Councils of Castellon and Valencia to support smaller municipalities in promoting transparency and good government “.

For the Provincial Council of Alicante, the minister explained that “it has not yet been possible to sign any agreement”, to which he added: “I am surprised that nothing has yet been agreed, but I’m sure that when produces, it will be moved into place very quickly “.

Rafal mayor Manuel Pineda said, “municipalities have to collaborate in establishing the Code of Good Governance as an instrument that will give us confidence that we can pass down to the citizens”.