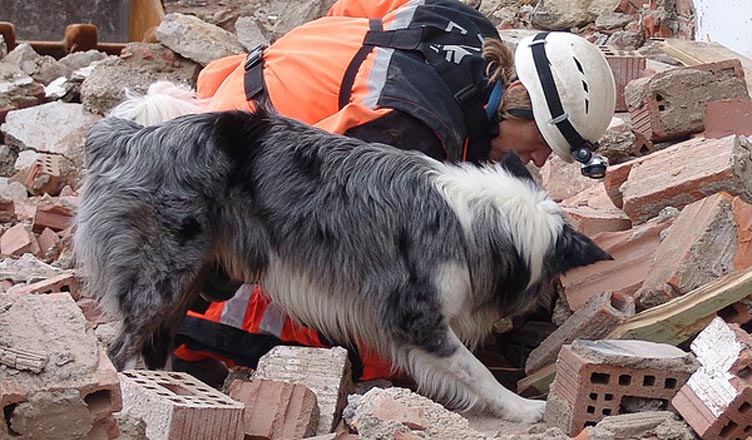 Last weekend over 50 volunteers and professionals from the Canine Search and Rescue Group, ECOS ByRMA, gathered in the town of Cox, together with representatives from the Specialist Group Canine Rescue in Catastrophes (GERCCMA).

They came together from as far afield as Malaga, Seville and Cuenca, to participate in the Third Conference focussing on canine search and rescue methods for people trapped under rubble.

Speakers at the conference included representatives of the Civil Protection, Red Cross, Security Forces and the Vega Baja Fire Service including Javier Luque Sanchez and Monica Rocamora Boschet who have plied their skills in many different disasters, including the recent earthquake in Ecuador where they saved a number of lives from under the rubble.

During the conference the organisers carried out a mock rescue casa del Cultura Reina Sofía in Cox where teams located several people buried under the rubble.