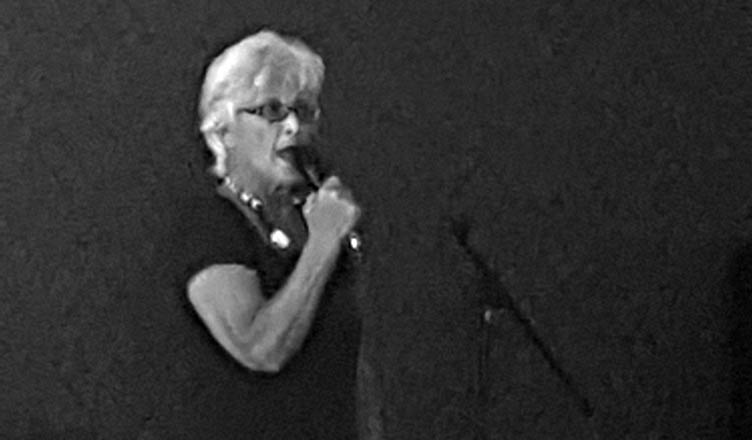 Back after the summer holiday, the  September meeting of  ADAPT  was very well attended and new members were welcomed.

The speaker this month was member,  Margaret Noden,  who gave a  brief history of her career as a journalist.

From Junior reporter and eventually to Sub-editor,  Margaret enjoyed her job and worked for various newspapers including the  Daily Express, News of the World and Western Telegraph in the days when reports had to be given by telephone from a public ´phone box.

Once she was given the position of Sports reporter, the only woman journalist to be covering football at that time.

Margaret entertained members with tales of stories which she had covered one of which was the sinking of a trawler off the coast of  Scotland with the loss of 12 men, she had to interview some of the bereaved families in a professional manner and then she went home and cried herself to sleep. She rubbed shoulders with royalty and she met a lot of celebrities including Gareth Edwards which made her the envy of her male dominated office.

If you would like to become a member of  ADAPT  (maybe with interesting stories to share)  then come along to the meeting which takes place at the  Pensionista  Centre, Lo Pagan, at 10;30 on the first Saturday of the month.   see website   www.adaptsanpedro.com

Willie Thorne to be remembered by Memorial events in Spain