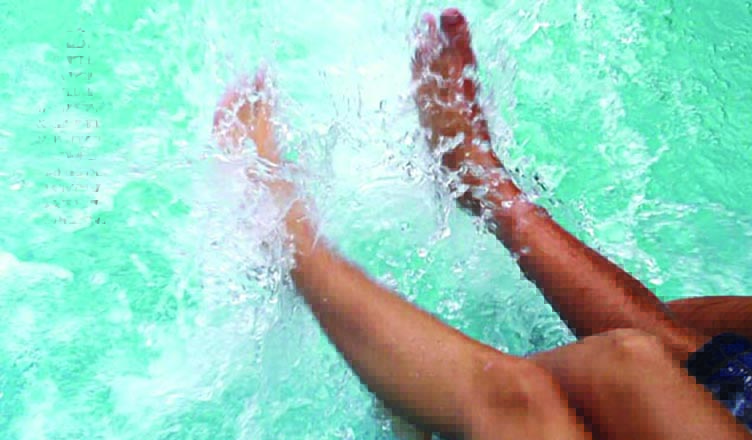 August across the Valencia region closed having achieved an average temperature of 23.9 degrees, 02. Degrees cooler than normal.

In addition, there was an average of 15.8 litres per square metre of rainfall, 20% less than recorded between 1981 and 2010. The combined conclusion is that, at least for the first half of the month, it was one of the coolest Augusts in the last 30 years.

The Spanish meteorological office has released the data this week explaining how there has been particularly hot periods in the month, but there were also considerable cold drops, and so the average across the month balanced out as being cooler and dryer. 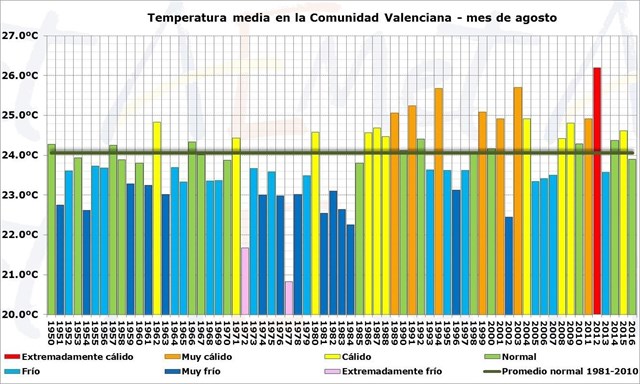 Some places did reach exceptionally high temperatures on the 19th of the month, such as Ontinyent and Villena, and Fontanars on the 4th, all of which had recorded temperatures over 40 degrees.

In the Alicante province, the maximum average temperature peaked at 35.1 degrees, warmer than both Castellon where 34.3 was the average, and in Valencia province where 32.2 was the average.

As for rainfall, despite many areas not seeing any rain, the month qualifies as being average, although some places were wetter than normal. Two thirds of all the moth´s rainfall was recorded on the 9th and 10th when 61.7 litres per square metre landed in Chiva, whereas along the coastal zone rainfall failed to reach 5 litres.