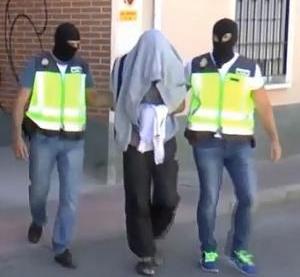 The National Police have arrested a 36 year old Moroccan national in Orihuela who was the subject of an international arrest warrant from his native country for alleged involvement in a drug trafficking operation.

When detained by the police he was driving in a van with Spanish license plates and carrying 33 kilos of cannabis resin. The fugitive is said to have lived in Spain for two years with a long-term permit and was wanted by police in Tetouan (Morocco) since early in August.

He was charged with the crimes of possession, transportation, the export and the sale of drugs.