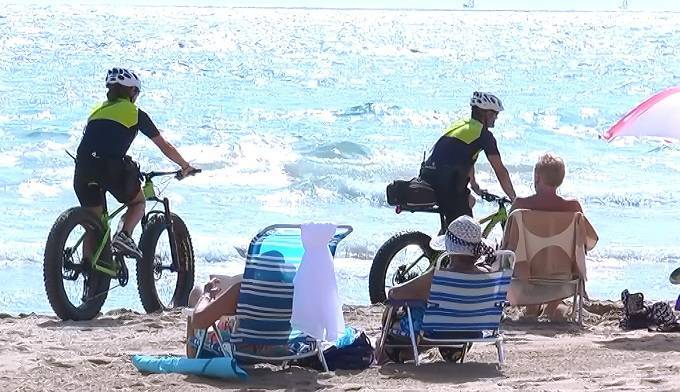 Elche local police have reported a significant increase in the number of crimes detected and resolved on the beaches at Los Arenales this year, thanks to their patrols taking to two wheels on pushbikes.

Despite being described as “pioneering”, police on bikes is not a new phenomenon, Orihuela for example have had officers riding on the beaches for some years, but it seems to be a novelty for the Elche municipality.

In particular, the officers have been able to prevent street vendors, illegal fishing and other beach-based crimes, as well as assisting visitors to the beaches with any problems they may encounter.

Based on the success, the town hall is now looking to expand the service to cover La Marina next year, before moving onto other beaches such as at El Altet.