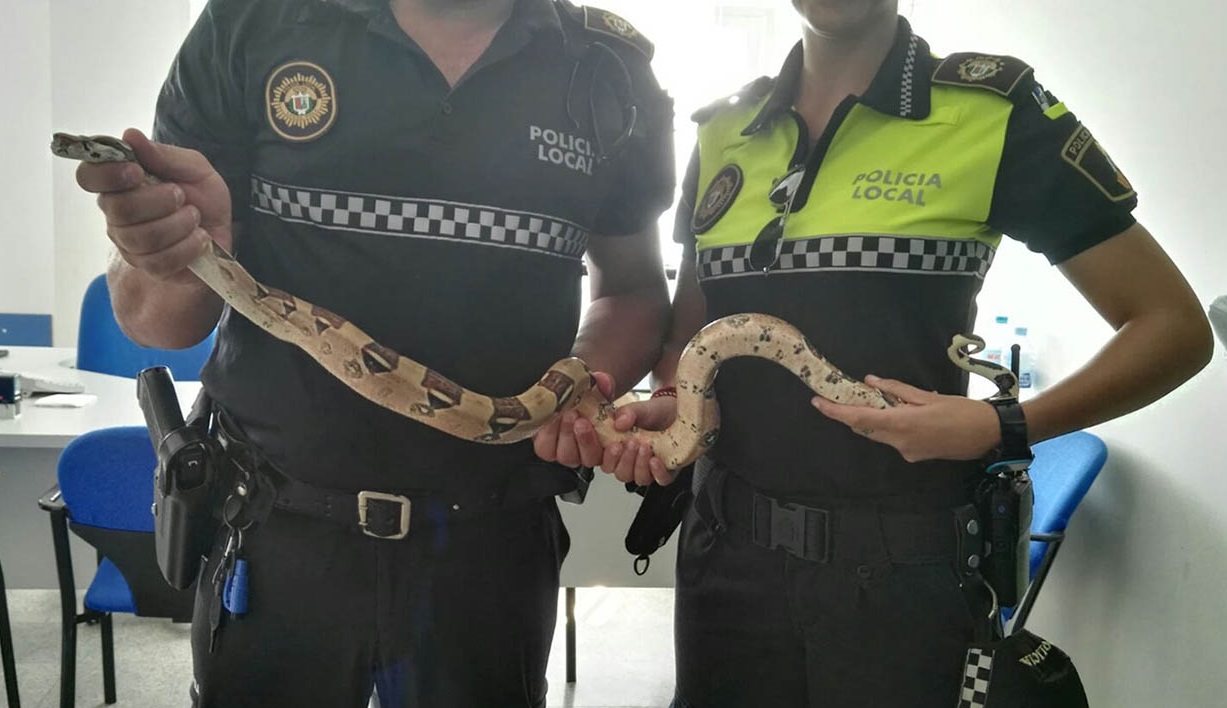 Officers from the Local Police were called to attend an incident at Gran Alacant on Wednesday, when a resident reported a Boa Constrictor wandering around a neighbour´s garden.

The 1.2 metre long snake weighed in at 7.3 kilos and had been left in the garden by the owner, but the neighbour was concerned that could have easily escaped its confines and explored the local area.

The police checked the owner´s documentation and found that the owner lacked the mandatory licence to own an exotic animal, insurance or microchip and so they proceeded to contact the local animal protection specialists in order for them to confiscate the snake and remand it in safe custody.