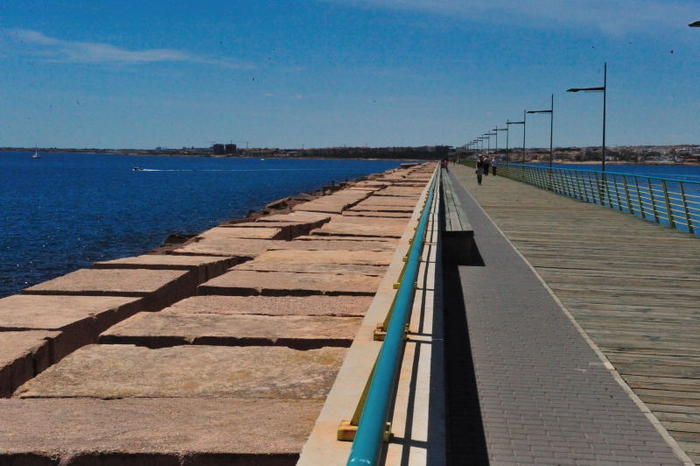 He said that it is no longer acceptable that those undertaking one of the area’s most popular walks from the Paseo de Juan Aparicio to the lighthouse in the Puerto Salinero, a route that is used daily by thousands of people, have to endure such a general lack of cleanliness and disrepair to many of it’s wooden timbers a large number of which are no longer fit for purpose put their safety at risk as they pass along the Torrevieja seafront.

He said that as a result of continuing incidents, repairs would be carried out as part of a first phase to a stretch of about 200 meters using a compound of cement and fibreglass. However, those timbers that are removed and are found to be in good condition will be reused to extend the area of repairs that municipal technicians are able to carry out.

The deterioration to large parts of the walkway was first reported over four years ago but it is only now that the council have been able to find the funds to effect many of the necessary repairs.

The mayor said that he has also submitted bids for financial assistance to carry out the repairs to the presidency of the Generalitat, the Department of Public Works and the Directorate General responsible for ports for those areas of the front that are outside municipal jurisdiction.