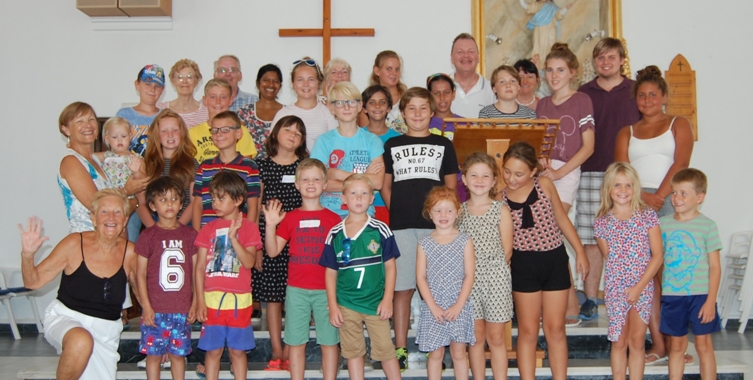 The 2016 Olympic games are over and the medals awarded to the top athletes. MAGNETS 2016 is also over for another year, yet unlike the Olympic games everyone who took part received a ‘gold’ medal!

Through Olympic style games, songs, Bible memory verses, stories, quizzes and crafts the large number of children who attended each Thursday at La Siesta Church learned how following Jesus is more than gold. The stories each week were based on the ‘Wordless Book’ which contains only coloured pages representing the Gospel story: Gold for heaven, Black for sin, Red for Jesus’ blood, White for a clean heart, and Green for growth.

Each week the children made and took home a craft item which reminded them of the lesson they learned that day. Then on the final day, Thursday 25th August, it was prizegiving with each child receiving a bag of gifts for their attendance and participation. They were also awarded the coveted ‘gold’ medal – everyone’s a winner at MAGNETS!

This is the thirteenth year that Steve and Irene-Maria Campbell have held the MAGNETS children’s club and over that time more than two hundred children have attended. Many return year after year as it is so enjoyable.

When asked what they thought about MAGNETS some of the children responded:

‘It’s a good place to come in the summer and have fun.’

‘You meet new friends and get exercise during the games.’

‘I like to hear the stories and learn about Jesus.’

Watch out for MAGNETS returning next year.