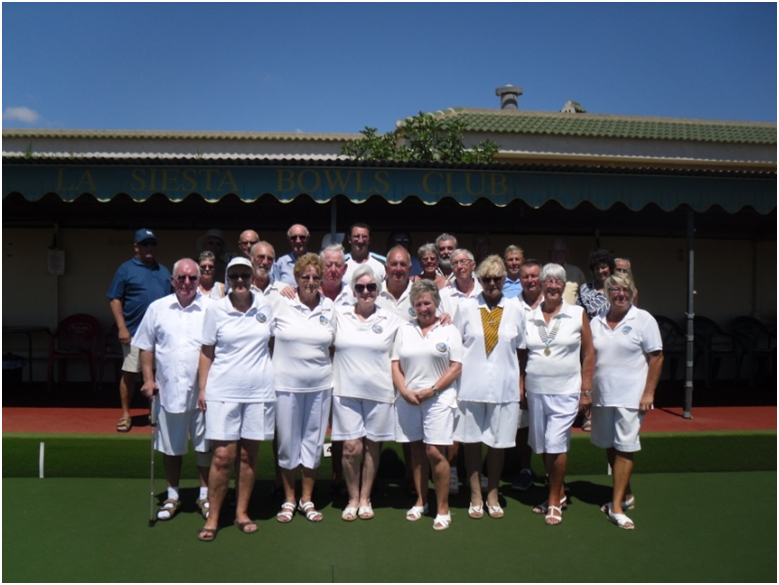 This event which was held at La Siesta on 12th and 13th August with  some very close games.

In the Drawn Out Pairs Irene Mangan and David Davies were Winners and runners up were Jean Hepehi and Robert Logan.

The Summer Singles was also won by David Davies against Sheila Chorley.

The Bryan Rourke Trophy was won by Alex Morrice and Irene Magan, the runners up were Bill and Sue Jordan.

The Mr and Mrs Trophy was won by Penny and John Porter, the runners up were Dawn and John Taylor.

With Len Rudge winning his game, he kept top position in the league. But it could have been different – If Len had lost, and either Eileen Potts or Carol Rudge’s team had won it would have been a 3 way tie for top spot.  Unfortunately for Stuart Hemmings team they came bottom!!!!  Well done to all who participated, in such hot conditions.

San Miguel have been awarded the Opening Ceremony for the Valencian Championships on Saturday 24th September.  The Closing Ceremony will be held at San Luis.

The WASPS reconvene on Wednesday 7th September at 1.30.