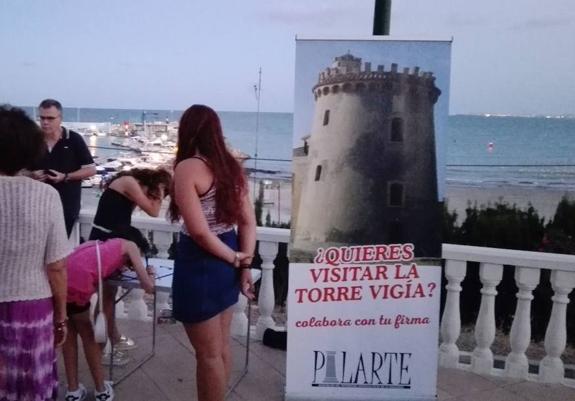 The Association of Historical and Cultural Heritage of Pilar de la Horadada was busy this weekend collecting signatures in Torre de la Horadada, in the hope of getting the 16th century watchtower reopened to the public.

The campaign will run through the rest of the month collecting support as well as informing residents, holidaymakers and visitors about the watchtower and asking for their signatures which will be sent on to the regional administration.

The Association has made the request to Pilar council on previous occasions but all have been denied. They want the watchtower opened to the public on 4 occasions a month.

The watchtower which was built in 1591 actually gives its name to the town. It was constructed on a rocky outcrop which just out into the sea at the southernmost edge of the town and now overlooks the local marina and the barracks of the Guardia Civil.

It’s original purpose was as part of the coastal communication system, to warn local residents of approaching raiders and pirates from the North African coast.