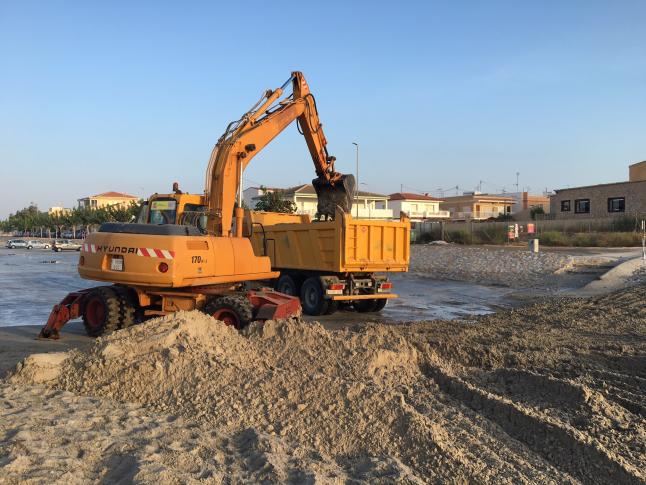 In the latest report of water quality covering the Valencia coastal area, 210 beaches, or 98.6%, have been classed as “excellent” quality.

Sadly, of the 3 beaches failing to make the grade, one is in Torrevieja where Playa del Cura only managed a “good” rating, as was the case for Calas de Rocamar in Pilar de la Horadada, but at least neither of these beaches were as bad as the one “adequate” water quality graded beach, Mareny de Vilxes in Sueca.

Piar de la Horadada are possibly considering themselves lucky that the inspection wasn´t carried out this week as red flags have been flying on the playa de la Higuericas in Torre de la Horadada since Thursday after a spillage caused by a burst sewage pipe.

Fortunately the matter was dealt with fairly rapidly as staff from Pilar de la Horadada’s Department of the Environment were quickly on the scene following reports of the collapse of the sewage pipe causing the raw sewage to spill,

They were joined by employees from the municipal water service Acciona and the Department of Works, initially identifying the problem and then repairing the damaged pipework so that bathers were quickly able to use the beach once again.

A spokesman said that the likely cause of the problem was the increasing summer population leading to the increased use of piped water.

Once the municipal technicians had identified the leak he said that the relevant departments and contractors were able to quickly implement the protocol established in the Emergency Plan for Beaches.

Following repairs an area of the beach, 30 metres either side of the leak, was thoroughly cleaned and then prior to reopening this beach on the following morning chemists from the Department of Environment took samples of the water from the beach for an analysis,

The water quality was finally approved as “suitable for swimming” on Saturday morning when the flags and security fences were removed and the beaches reopened.