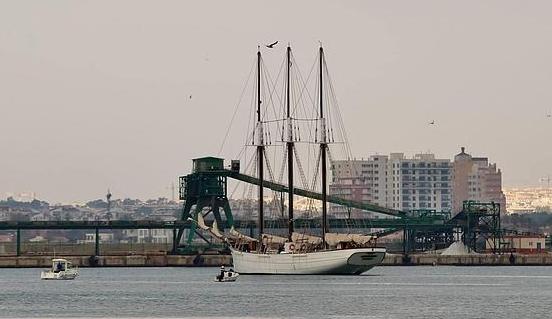 PP councillor Jose Eduardo Gil Rebollo accused the current Torrevieja council of abandoning the schooner the ‘Pascual Flores’ and they are simply allowing it to rot in its current dock in the area of the Floating Museum.

The councillor said that he requested the town hall to provide him with copies of the ship’s navigation and seaworthy certificates on 4 July but he got no response. He repeated his request 3 weeks later and was referred to the department of works.

When eventually finding someone in authority who would respond to his requests the councillor said that he soon realised that all of the seagoing certificates necessary for the ship to leave its present location were out of date and this despite the 20,000 euros spent on a major refurbishment programme in 2015 in a shipyard in Algeciras where the work was carried out by some of the greatest experts in the country and among the best in the world in managing these boats.

Gil Rebollo said that he was extremely upset by the situation that seems to have arisen around the Torrevieja boat saying that there are a great many people in the city who care about it’s future. “It deserves much better” he said explaining that the schooner could also function as a mobile tourist office for Torrevieja and, in theory, it could promote the city by travelling  all over the world.

However a number of Torrevieja’s politicians have criticized the status of the schooner suggesting that the whole upkeep of the ship has already cost the city far too much from which the people are getting very little, if no, benefit. “We have already spent over 5 million euros on it’s upkeep and preservation’ one councillor said, “It is probably worth around 6 million and we need to recover the money it has cost the city, therefore it should be advertised for sale and if somebody wants to buy the boat they should be allowed to do so”.

So, for now it is uncertain what the future of this controversial ship might hold.

The choices are to invest in it’s repair to re-establish it as a seaworthy boat so that it can go back to sea, to cruise the ‘world’ and promote the city of Torrevieja, or simply retain it in Torrevieja Marina as a museum, either in or out of the water. Either way, whatever the solution that is finally adopted, there will be a need to spend a great deal of additional public money to keep it afloat and avoid this magnificent ship ending up in the seabed.