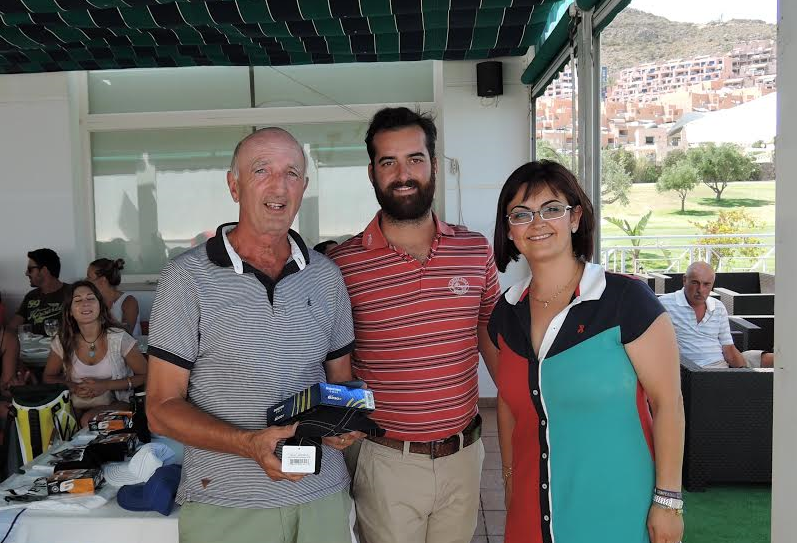 The premiere “Torneo Villa Mojácar” was recently held at Mojácar’s Marina Golf Course in. Its successful introduction to the province’s summer golf calendar was marked by a high level of participation.

Organized by Mojácar Council along with Marina Golf and, sponsored by Bridgestone, the competition attracted 90 players who all enjoyed an excellent morning’s golf. The weather was very considerate to the players which led to very respectable results being noted in the cards delivered to the clubhouse.

The awards in the individual stableford were divided into two categories and there was special prize for the best round, according to handicap.

The winner in the first stableford category was John Graves, followed by Gustavo Renno.

The scratch award was won by Javier Abellán Berruezo, also on his home turf.

The prizes were presented by Mojácar Councillor for Sports, Ana Garcia, who thanked all the participants for attending this first tournament. She also expressed gratitude to the Marina Golf Club, for the good organization and willingness to host this sporting event. She went on to declare the event a great success and confirmed it would take place at Marina Golf again next year. Players and their families were invited to visit Mojácar for next year’s event and also to enjoy the beaches and the many attractions of the town.

The event closed with an eagerly awaited prize draw of Bridgestone golf equipment for the participating players and a cocktail, which was a perfect end to a relaxing day.

It is also worth noting that despite being the first year of the competition, it is already included in the official Lorca Golf Club circuit.