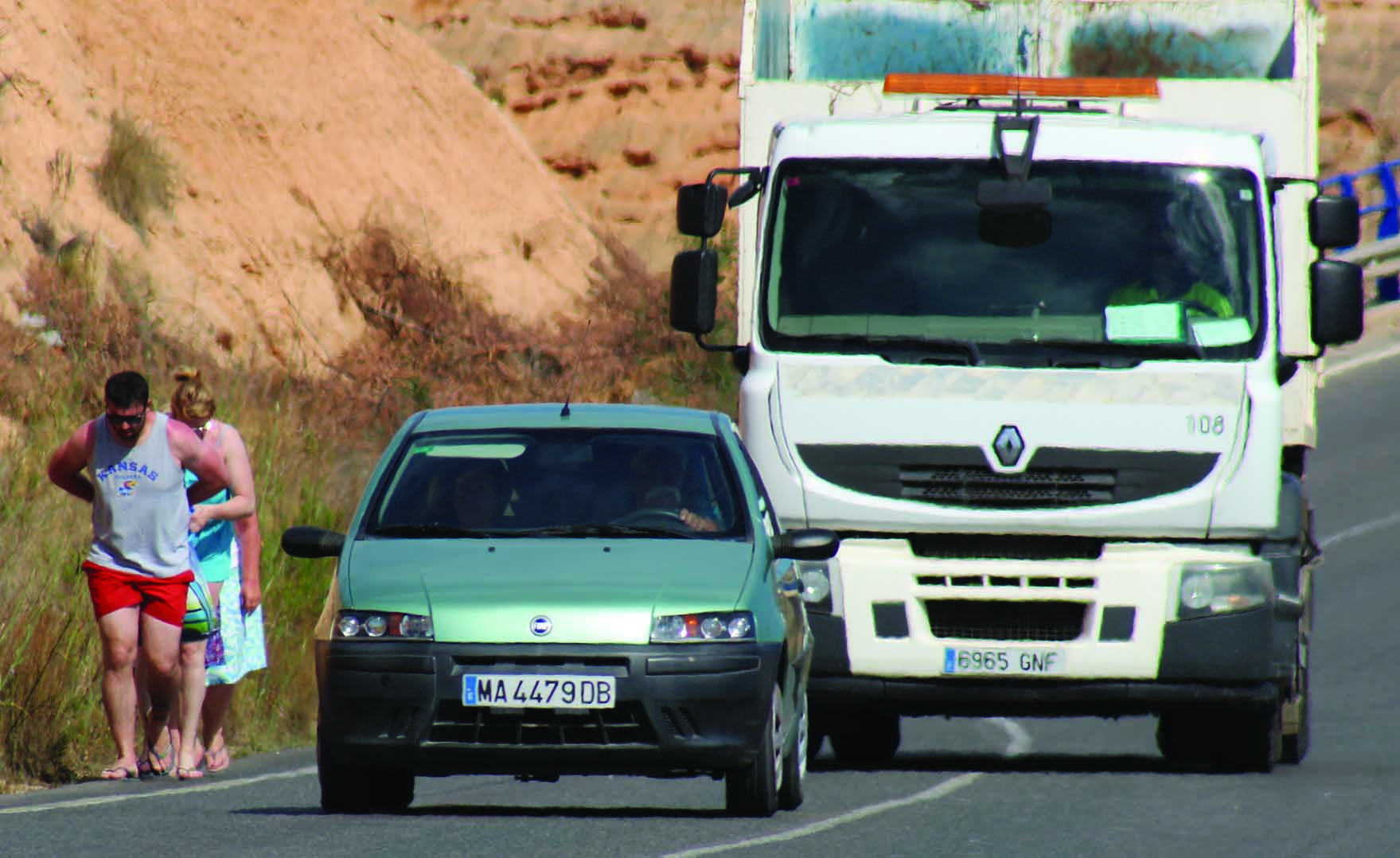 As Orihuela Costa residents and holidaymakers still await construction of the footpath promised by local politicians along Calle Cabo Creus from La Regia toward Lomas de Cabo Roig and the Fuente Commercial Centre, 2 years after its development was first assure, complaints from the townsfolk of Torrevieja are gathering pace as they too voice their concerns, this time about the lack of suitable pavements and cycle tracks for those people wishing to walk or to cycle to the Torrevieja Hospital. 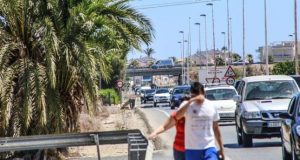 In terms of accidents waiting to happen both areas and their adjacent pathways are completely unsafe, simply inviting disaster with the regular streams of heavy traffic that put the lives at risk of the many pedestrians, both adults and children, that regularly use the narrow walkways alongside the edge of the roads.

In Torrevieja, despite the hospital’s relative proximity to the city, there are no pavements or cycle paths linking the town of Torrevieja with its Hospital and the adjacent village of Los Balcones,

The CV-05 from Av Desiderio Rodriguez to the hospital creates particular dangers, not even having the capacity for parking a broken down car, much less the capacity for a person to walk to the hospital with a modicum of safety. Circumventing the roundabout at the desalination plant, which is also crammed with traffic every day, creates dangers of its own.

Torrevieja residents are also quick to point out another which is accessibility to the cemetery. Many of the thousands of people who visit the cemetery don’t have cars and are forced to do so on foot. Once again there is no pavement with a particularly dangerous underground section that has not seen any safety improvements for pedestrians in decades.

Quite how there aren’t more deaths amongst the many pedestrians that regularly use these roadways, either en route to and from the beach, and the bars and restaurants or the hospital, particularly at night, I am absolutely amazed. Seemingly ignored by the current administrations, these two stretches of roadway are in critical need of pedestrian footpaths and lighting.

Whilst the current mayor of Torrevieja has said that he is aware of the situation surrounding the hospital and he has requested assistance from the Regional Council to carry out the work on many occasions, the Orihuela Ciudadanos party has ask at for the bridge over the AP-7 motorway in Orihuela Costa to be widened into a dual carriageway, as was originally planned in the project to develop the sector in Lomas de Cabo Roig.

They believe the developer of this area should provide this infrastructure or if not the Town Hall should do it and charge it to the bank guarantee provided by the company.

When the developer carried out all the work in the area it did everything except widen the bridge across  Calle Cabo Creus connecting urbanisations Dehesa de Campoamor and La Regia with Lomas de Cabo Roig.

The bridge currently has only one lane in each direction and no pavements for pedestrians, “who are forced to walk along a hard shoulder barely 40 centimetres wide and so putting themselves in danger”, explained the spokesman, Juan Ignacio López Bas.