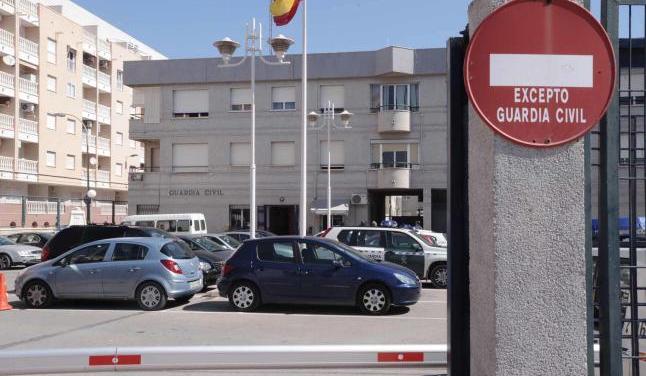 With the temperature in the mid 30’s, as you sit under the aircon enjoying its welcome flurry of cool draughts, spare a thought for the members of the Guardia Civil, and their guests, all accommodated in the headquarters of the local force based in Torrevieja, as they endure up to 22 power cuts to their electricity supply every single day.

And now it seems hardly surprising that they have had enough. According AUGC, the body’s national union, this situation has been repeated every day since the summer began in earnest in July, with the consequent discomfort that this causes to agents, who suffer from the constant interruptions to their work, and the people who go to the facility to lodge their complaints.

The interruption of the power supply means that officers and staff who are working with computers see them regularly crash needing regular re-booting, lengthening the time to process of collection of each complaint, causing major delays for the complainants and of course doing untold damage to the equipment itself  with the constant systems failures.

Furthermore, the air conditioning units also power off, so the temperatures soar in the offices and adjacent barracks.

Quite a number of complainants have protested about the situation, some seeking out the superior officers on duty but the response is always a shrug of the shoulders with them saying there is little that can be done. The officers themselves are also making regular complaints.

According to the union, the only measures that they seem able to take involve running around the building unplugging vending machines, coffee, water and soft drinks machines that are in use.

But even then there is little improvement as the outages continue on a regular basis with the consequent discomfort of those affected.