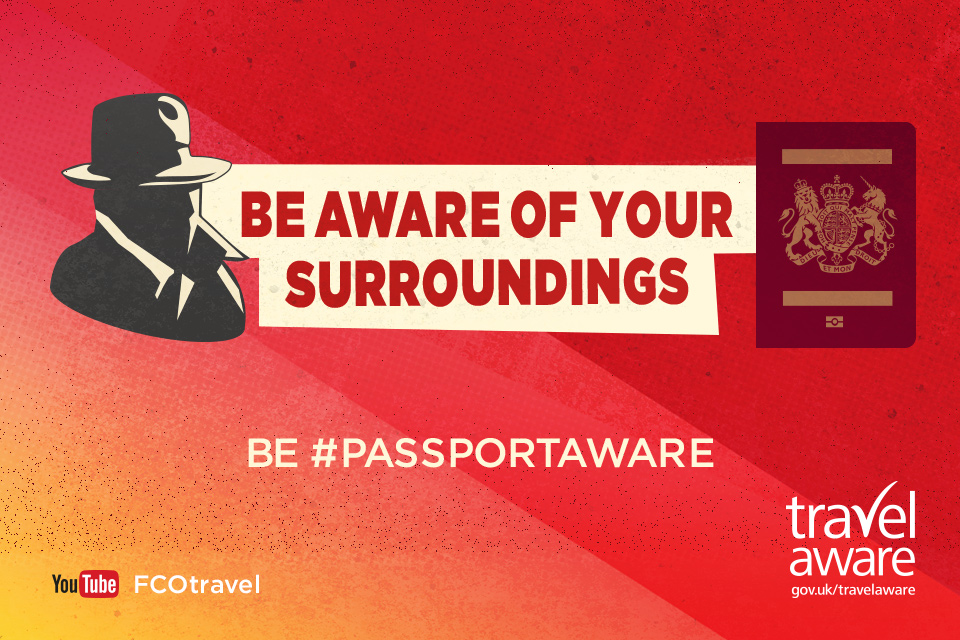 Last year, over 5,000 Britons lost their passports while in Spain

With over 21,000 British passports lost or stolen last year, including 5,172 in Spain, the Foreign and Commonwealth Office (FCO) is urging British nationals abroad to be #PassportAware and keep their passport safe in order to avoid extra costs and troubles which may spoil their holidays.

With summer now in full swing, many Britons are jetting off on their holidays. According to TripAdvisor, Southern Europe is the hot destination. Majorca is number one for Britons, followed by Tenerife and Ibiza respectively, while Crete and Lanzarote come in fourth and fifth place.*

Most holidaymakers enjoy trouble-free trips.  However, valuable holiday time and money can be lost if a passport is lost or stolen as the victim may need to report the theft to the police, as well as spend time at the local Consulate or Embassy so that they can be issued with an emergency travel document (ETD). The cost of ETDs and new passports for two adults could pay for two additional nights in a mid-range hotel and two meals a day in Tenerife.** Consulates around the world issued over 30,000 ETDs last year, and assisted distressed British nationals who had been victims of crime.

For the second year runing, the FCO has produced a series of short films with fraud and stealth crime expert James Freedman in order to raise awareness of passport hustling techniques and to educate the public on how to avoid this crime. These videos show a further four techniques that thieves use to steal passports as well as tips to avoid being a victim.

“While we should all enjoy our holidays, it is important that we remain vigilant about valuables – particularly passports. Becoming a victim of theft or losing your passport could ruin your trip and replacing a passport will cost money and valuable holiday time.

“By following the simple tips included in these videos you can minimise the risk of falling victim to thieves while abroad.”

“With identity theft on the rise, the actual cost of losing your passport could be thousands of pounds. Criminals and con-men are always evolving the tricks they use to target tourists, but a few simple precautions will really help you to stay safe.”

“Only carry what you really need and keep cash and other valuables in a secure pocket or bag. Remember that if you put bags down, they should always be in your line of sight. If you don’t need your passport and other valuables when you’re out and about, leave them at the hotel. Above all, trust your instincts and be aware of anyone invading your personal space.”

There are many other ways in which thieves can target your passports and valuables, and in addition to pickpockets, many Consulates worldwide have seen a rise in cases of items being taken from hire cars, such as the couple who had their passports stolen while celebrating their 50th wedding anniversary with a trip to the South of Spain and were so upset that they decided to cut their holiday short. Thieves anticipate items of value such as passports being left in hire cars, so don’t take any chances.

The FCO’s top tips for keeping your passport safe: