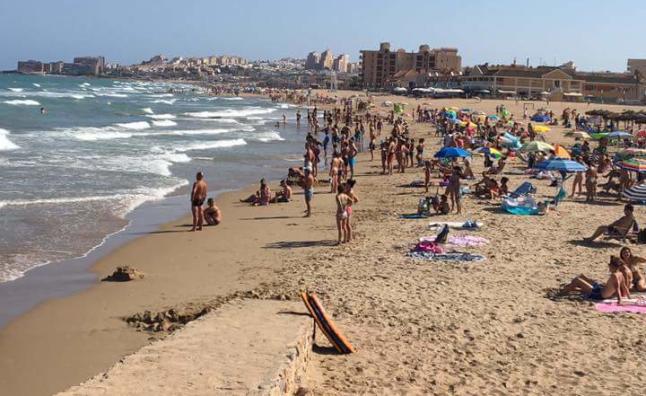 Following what was thought to be a shark attack on a bather at Arenales del Sol ten days ago there was a further cause for panic just a few kilometres down the coast last Tuesday when a lifeguard said that bathers had reported the sighting of a shark off the beach at La Mata.

Swimming was immediately suspended, the beach closed and the red flag raised while Soccorista’s combed the area looking for firm evidence. However with no further indication forthcoming swimmers were allowed back in the sea within about 15 minutes.

Torrevieja Councillor for the coast Javier Manzanares said that the action taken at the time was absolutely right and proper but having now discussed the matter with the municipal biologist the sighting has been ruled out despite the earlier incident at Arenales del Sol.

According to MEDAF there have only been approximately 60 cases of shark attacks on people or against boats in the whole of the Mediterranean since 1899 with almost half of those recorded taking place in the late 90’s. Sightings are not uncommon although, as can be seen, attacks on humans are very rare.