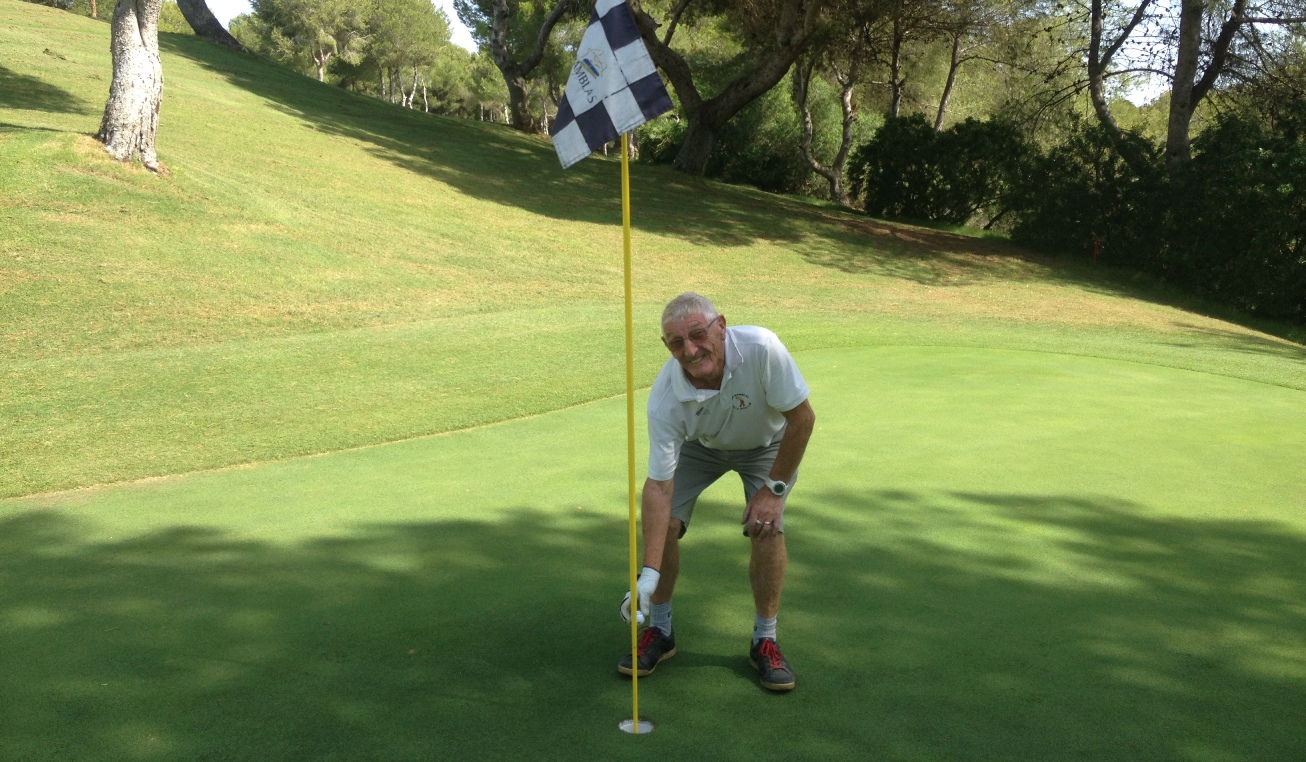 There were only 10 golfers played in the Las Ramblas Society meeting on Monday as a combination of holidays and the heat has drastically reduced our numbers.  We formed a four ball and two three balls to play a best 2 from 4 with all scores counting on holes 1,9,10 and 18.  The winners with 97 points were Peter Dunn, Peter Wickham and Doug Wright ably assisted by “Albert”

Wednesday’s competition was a singles Stableford, the highlight of which was a hole in one by Dave Pulling at the 14th.  The photograph shows Dave retrieving his ball from the hole.  Amazingly Dave had also come within 5mm of another hole in one at the 12th. Some golf Dave and thanks for the drinks afterwards in the clubhouse.  The results for the day were:

2s Club.  Dave Pulling with his hole in one.  Brian Dent also had a 2.

On Friday we had a Texas Scramble which was won by the team of Ken & Liz Robertson, Rod Doel & Dave Pulling with a score of 61,3