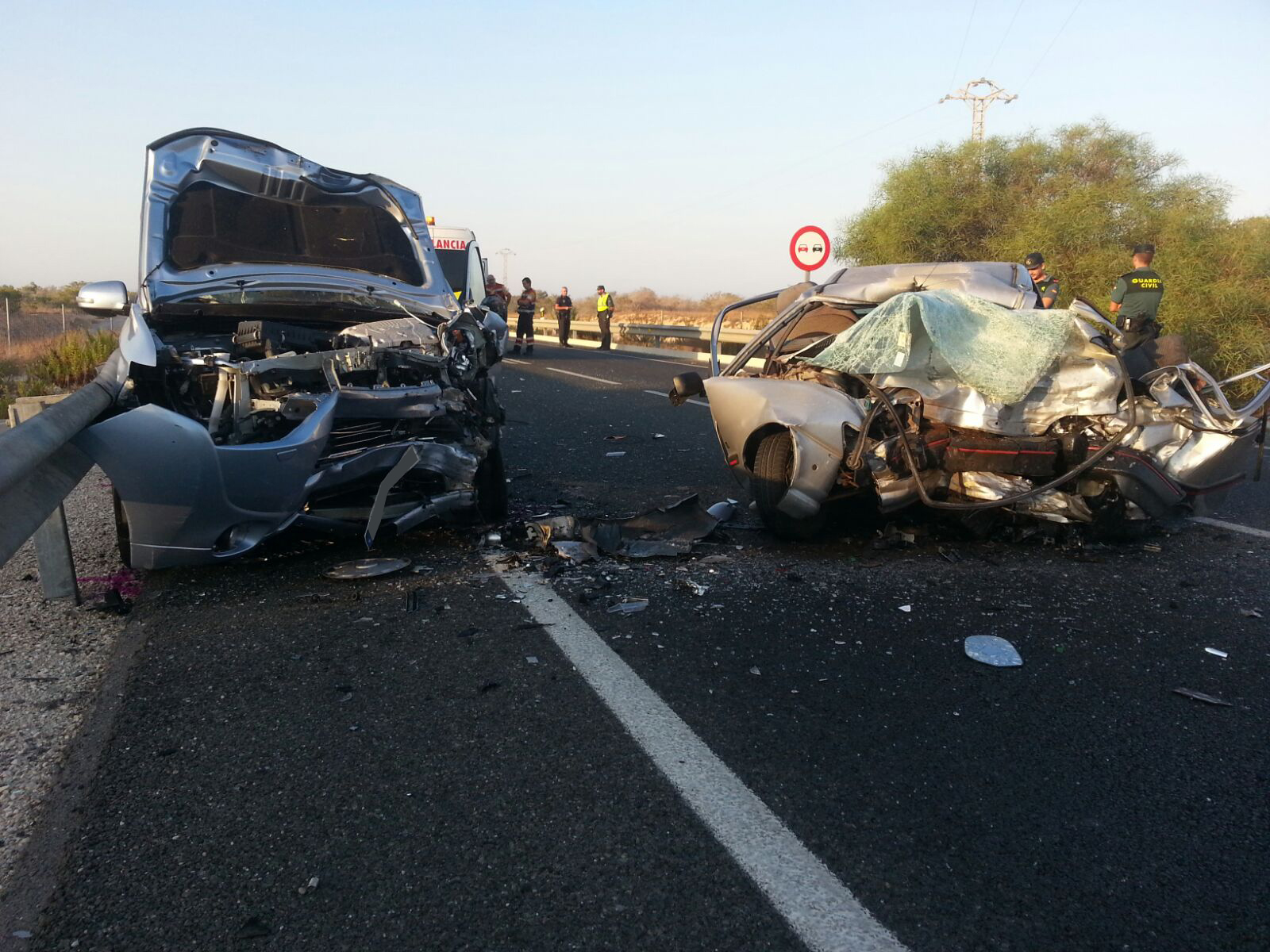 One person was killed and another four injured, two of them seriously, following a head-on collision between two cars on the N-332 main road near La Marina.

The incident occurred at around 07:00 near kilometre 78 of the coastal road, in a section where one lane runs in each direction.

The deceased is believed to be a Ukrainian national of 41-years of age, whereas those injured are said to be a woman of 25, who suffered abdominal trauma and was taken to Vinalopó hospital, a 30-year old man who also received abdominal injuries and taken to Elche general hospital, both of whom are in a serious condition. The other two injured parties were aged 24 and 25 and were taken to Torrevieja hospital with less serious injuries.

The Guardia Civil are investigating the cause on the tragic incident although initial indications suggest that one of the vehicles invaded the opposite lane resulting in the collision.

The road was completely blocked to traffic whilst the emergency services attended the scene and then subsequently cleared the wreckage, opening at 11:00, some 4 hours later.