In 2013 I became an Angelic Reiki practitioner and was so blown away by the experience that I went onto become a Master Teacher.

When I qualified, I asked my Usui Reiki clients if they would let me show them Angelic Reiki and the feedback was amazing – people could really feel the presence of Angels!

Even if people don’t want to use this energy working on others, it creates big energy shifts for the individuals by helping to clear blocks, remove energy they may have brought in from past lives and so on.

The birth of Angelic Reiki

Angelic Reiki was channelled through Kevin Core in 2002/3 by Archangel Metatron and Master Djwahl Khul.  It all started with Kevin, discovering a book called “A Dictionary of Angels” which provided the material for an attunement which allows the Reiki symbols to be attuned to the Angelic vibration and therefore to their original archetypal Angelic form.  He started to channel information from Metatron and Djwahl Khul and created Angelic Reiki workshops.

The difference between Angelic Reiki and other forms of Reiki

Everyone who has received an attunement into Angelic Reiki has said that is different to anything else they have experienced.  Kevin Core wrote that “Angelic Reiki is the healing of our time” and what he meant by this is that years ago we would not have been able to merge with Angels due to the density of our physical bodies.

Traditionally when working with Angels people perceive them to stand alongside the healer as they work but now it is possible for the healer and Angel to MERGE energies, become as ONE.

In Angelic Reiki, an Angel merges its energy with each participant and facilitates the attunements. In this way everyone receives the pure vibration of the symbols and energies without human intervention. It is like an Angelic blessing and it changes the consciousness of the recipient so they are literally tuned into the Angelic vibration.

It has been proven scientifically that our physical bodies are changing and enabling us to hold more light. We are becoming “enlightened” whether we know it or not!

These physical changes and mean we can merge with and work very closely with Angels. The process of merging with the Angels, which is the essence of Angelic Reiki, has only become possible over the last ten years. 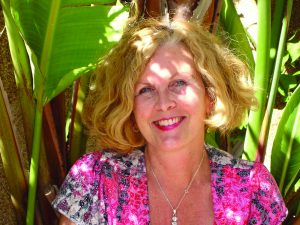 Liverpool Airport flights to Alicante-Elche with Ryanair and easyJet resume